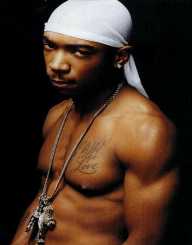 Ja Rule is considered as one of the most successful rappers of all time. With his rugged voice, he brings a combination of rap music, heavy metal and pops into his music. It is for this reason that his music sounded unique and different from what other rappers where offering. He was born in Queens, New York, on 29th February 1976.

Ja Rule entered his rapping career with VenniVettiVecci, which was his debut album in 1999. The album was ranked as 3rd in the top 200 chart during the late 90s. After the release of this album, several other singles came up shortly which made him famous within a short period. “Put It OnMe” and “Always on Time” ft. Ashanti. In spite of his fame and glare, Ja Rule faced a number legal charges that tarnished his career.

Jeffrey Bernard Atkins was born on February 29th, 1976. Popularly known by his stage name Ja Rule, he is a singer, songwriter and a recording artist. He is the only child of Debra Atkins. Atkins schooled in Public School 134. He engaged in numerous fights while he was still a junior as he was pushed around for being short. Debra grew tired of his son getting bullied about, and she later moved him to Middle School 172. His love for music was evident right from the time he was young. His dream in life was to one day become a famous musician.

Ja Rule’s journey as a rapper began in 1993. His stage name came from his name initials, i.e., Jeffrey Atkins and combined it with “Rule” which was a nickname his friends used to call him. In 1994, he signed up with Cash Money Click after which the company denied Ja Rule publishing rights of his recordings. He did not lose hope as he waited patiently before striking another deal with a different record company.

Ja Rule took four years before signing any other contract with a record company. The first group that he landed on in 1998 was the Def Jam Records. During this period, he made his first radio debut by being featured in a single with Jay-Z “Can I get A…” After a year of signing with the recording company, Ja Rule released his first album VenniVettiVecci. He did this with Murder Inc. Records. This was a newly started label under the original Def Jam Records.

Ja Rule’s first album did not perform well, but it had an impact on the music industry. People began to recognize him as the rapper with a rough voice. During the first week of releasing the VenniVettiVecci album, it made record sales of 184,000 copies. The good news was that he was ranked at 3rd in top 200 charts. Other upcoming artists such as Jennifer Lopez had been ranked 8th during the same time he released his debut album.

After releasing his first album, the rapper Ja Rule made a point of releasing a new album each year. The different records that he published until 2004 include Rule 3:36- 2000, Pain is love - 2001, The Last Temptation - 2002, Blood in my Eye - 2003, & R.U.L.E - 2004.In addition to these albums, several other singles featuring favorite celebrities like Jennifer Lopez and Ashanti gained him recognition.

Relying on the success that he had amassed in the music industry, Ja Rule sorts out to try his skills in the film industry. Fortunately, he succeeded in this as he was featured in some films including The Fast and The Furious. His movie debut was in 2000 after playing Gage in the movie Turn It Up. In this film, he acted alongside Jason Statham.

Regardless of the fame that Ja Rule was associated with, he faced several legal issues. Recently, in 2004, he met assault charges where he pleaded guilty to punching someone while clubbing. Shortly after in 2007, the rapper and Lil Wayne were both arrested for illegal possession of firearms.

As a result of this, he pleaded guilty and was sentenced to 2 years in prison. He began serving his jail sentence in 2011. During the same year, just a few months after the weapon possession charges, he was found guilty of tax evasion from 2004 to 2006.

Luckily enough, he did not serve his entire two-year sentence in jail. In 2013, he was released and ordered to remain under house arrest sort of a prisoner for the remainder of his jail sentence. He was only to leave his home to perform with supervision from the authorities in charge.

In 2001, Ja Rule married Asha Murray. Together, this couple has three siblings including Brittany, Jeffrey Jr., and Jordan.

Judging from the statements he says in public that he wants to get closer to God, Ja Rule is a Christian.