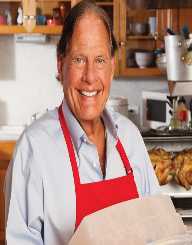 Ron Popeil was born on May 3rd, in 1935. He is a well-known American inventor. Besides this, he is also famous for his company called Ronco.

Ron was born on May 3rd, in 1935. His place of birth was in the New York City. When Popeil was aged 6, his parents went separate ways. As a result, he went to live with his grandparents. Later, he accompanied his grandparents to work in his father’s company.

Samuel Popeil, Ron’s father was also a salesman and an inventor. Ron helped his father in distributing his kitchen related products. Later on, he established his company and named it Ronco. This was in 1964. At some point, his father’s business became one of his main rivals as they sold similar products.

In 1993, Popeil was bestowed with the Lg Nobel Prize due to his inventions.

Popeil earned immense recognition due to his marketing skills. He has marketed a wide array of his inventions on TV. One of the main inventions that he is well-known for is the Chop-O-Matic food processor. Other housewares that he has marketed include the Beef Jerky Machine, Giant Dehydrator, and the Electric Pasta Maker.

Popeil tied the knot with Marilyn Greene in 1956. Together, they have two daughters. However, this relationship ended in divorce in 1963. Popeil wedded Lisa Boehne as his second wife. The pair had one child. Their marriage was not successful as they divorced each other before 1995. His third marriage was to Robin Angers. The couple has two daughters.