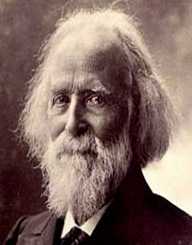 Élisée Reclus was a renowned French geographer, theoretician anarchist, educator and a creative writer. He was born as Jacques Élisée Reclus on March 15, 1830, in Sainte-Foy-La-Grande, Gironda. He was the fourth out of fourteen children his parents Jacques Reclus, a French Calvinist pastor, and Zéline Trigant-Marquey, a primary school teacher, had during their marital life.

Reclus spent his early childhood in the house of his maternal grandparents in La Roche-Chalais. In 1838, at the age of 8, he was sent back to his parents who were living in Orthez. After that, he, along with his 14 siblings, was raised by his parents. His siblings include ethnographer and anarchist militant Élie Reclus, geographer Onésime Reclus, surgeon Paul Reclus and naval officer Armand Reclus.

Élisée Reclus attained primary education in Rhenish Prussia and 1848; he entered the Protestant college of Montauban to pursue higher education in theology. However, he left the college as he was disappointed by the defying attitude of his college teachers. Reclus then enrolled at the University of Berlin and started studying geography. At the University, he was under the guidance of accomplished German geographer and the founder of modern geography, Carl Ritter.

After returning to France in 1851, Élisée Reclus opposed the coup of Napoleon, and as a result, he and his brother Elie had to take exile in London. For the next six years, Reclus traveled far and wide and worked in countries like the US, Great Britain, Columbia and Central America. In 1853, he first took up the job of a teacher in London and then in Dublin and finally moved to Louisiana, New Orleans. For the next two and a half years, Reclus served as the tutor to his cousin’s children. His cousin resided in the Félicité plantation which was around 50 miles from New Orleans.

In 1955, Élisée Reclus came up with the book ‘Fragment d'un voyage á Louisiane’ which described his experiences of journeying through the Mississippi River Delta and gives a brief account of how he saw pre-war Orleans. Life in Louisiana played a crucial role in developing his social and political views. He revolted against racism and slavery and had disparaging views on capitalism. He also spent a brief period living in Columbia in the year 1855.

In 1857, Reclus returned to France and settled down in Paris along with his brother Elie. He began writing articles for periodicals like ‘Revue des Deux Mondes,’ ‘Tour du monde’ etc. His articles mostly encapsulated detailed accounts of his geographical works and this helped him earn a good name as a geographer. He also gave lectures at the ‘Paris Geographical Society,’ and in July 1958, he subscribed as a member of the society.

In the year 1860, Élisée Reclus found work with the publishing firm Hachette. While working for the company, he got the opportunity to travel to several countries as a part of his project which demanded compilation of a series of French-language travel guides. The Hachette firm issued the travel guides under the name ‘Guides Joanne’ (now known as ’Guide Bleu’). Some of his other notable works in between the years 1861-1868 were the short book ‘Histoire d'un ruisseau,’ and two volumes of ‘La Terre: description des phénomènes de la vie du globe.’

The Siege of Paris happened in between the years 1870 and 1871. During this time, Reclus served in the National Guard and was a member of the ‘Association Nationale des Travailleurs.’ As its member, he published a belligerent manifesto in support of the Paris Commune and one that staunchly opposed the government of Versailles. In 1871,

The National Guard’s revolt continued in full force and Reclus, who was serving the National Guard, was arrested on April 5, 1871. On November 16, 1871, Élisée Reclus was sentenced to lifetime extradition. However, due to a petition started by many of his supporters including the likes of Charles Darwin, the deportation sentence was commuted to perpetual banishment from France.

Following the mitigation, Élisée Reclus visited Italy for a short while and finally, settled down in Clarens, Switzerland. After the successful settlement, he recommenced his literary works and subsequently published the ‘Histoire d'une montagne.’ From 1874 to 1894, with the help of many eminent geographers and anarchists, Reclus kept on compiling his magnum opus ‘La Nouvelle Géographie universelle, la terre et les hommes.’ The 19-volume masterpiece was conferred with a gold medal from the Paris Geographical Society in 1892. The compilation which has a permanent literary and scientific value was later translated into English.

Reclus was a firm believer of naturism. He initiated the ‘Anti-Marriage Movement’ in 1882 and under the same rule; he married off both his daughters without any civil ceremony. In 1894, he was appointed as the Chief of the comparative geography department at the University of Brussels. Thus, he and his family relocated to Belgium. In 1894, The Royal Geographical Society honored him with the prestigious Patron's Gold Medal. In 1905, just a few months before his death, Reclus completed his another notable work ‘L'Homme et la terre.’

Élisée Reclus first tied the nuptial knot with a Senegalese woman named Marries Clarisse Brian. Their marriage was solemnized on December 14, 1858, and they had two daughters named Magali (born 1860) and Jeannie (born 1863). After the death of his first wife in 1869, he informally entered into wedlock with a school teacher, Fanny L’herminez. Fanny died in 1874 during childbirth leaving behind a newborn son named Jacques. In the following year, Reclus got married for the third and last time to his cousin’s widow Ermance Gonini. Reclus was a vegetarian all throughout his life. He was suffering from heart disease and died on July 4, 1905, in Torhout, Belgium.