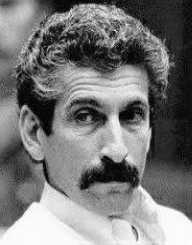 Angelo Buono was part of the two killers to what came to be known as the Hillside Stranglers.

He was born to parents of Italian descent in New York on October 5, 1934. His parents named him Angelo Anthony Buono Jr. his parents divorced when Buono was five years. Left with children to provide for, her mother relocated to Los Angeles in 1939. His childhood was punctuated with violence and improper behavior. Buono got estranged from his mother. Due to his bad behavior, he was forced to drop out school in 1950. He got involved with gangs. From time to time, he was in police custody for crime related issues.

At the age of 17 in 1951, Buono was delinquent. He idolized a convicted serial killer. His family threw him out for his persistent verbal abuse on them. Buono was sent to school by the California Youth Authority in 1951, but he later escaped from the correctional school. By the time Buono was 28 years in 1962, he had fathered six children. Four of them were with his wife Mary Castillo. He denied giving all of his children his child support.

The next 15 years were eventful for Buono. He was in and out of marriages. His raping turned to his own family members. He was convicted severally of petty theft crimes and given light sentences. Later in 1975, Buono opened a car upholstery shop and started operating the small business for a living. He went back to his old habits of promiscuity. Only this time, he recruited prostitutes and leased them out for a fee. Buono had turned his store into a brothel.

In 1977, an event which transformed Buono’s life happened. His frustrated cousin from New York came to stay with him. His meeting with Kenneth Bianchi heralded a new chapter in their lives. They resolved to continue with the brothel business. To attain high-end clients, they engaged two young ladies for help. A list of prospects was sold to Buono and Bianchi. The list was fictional. In October 1977, one of the two ladies became their first victim. They lured Yolanda Washington into a trap, raped and killed her. They later dumped her body in a cemetery the following day. On the 31 of the same month, Buono and his cousin claimed their second victim. This time, the girl was Judith Miller.

The month of November was the most deadly in their killings. The two cousins killed five women is almost a similar fashion. By February 1978, the two had murdered ten women together. The range of the victims’ age varied between 28 and 12 years.

On October 22, 1979, based on a confession from Bianchi, Buono was taken into custody. Bianchi had been arrested earlier. Buono was put on trial in a court case that lasted from 1981 to 1983. Despite initial pleas to cooperate with the prosecution, Bianchi proved to be a hostile witness. Bianchi hoped that his cousin would be acquitted I he became an unreliable witness. After the long court battle, Buono was finally found guilty on nine of the ten murders. He was sentenced to a life jail term without parole by the panel of jury. While delivering the sentence, the presiding judge wished Buono had been handed to the gallows.

At the age of 62, Buono married another wife. This time it was a correctional officer in Los Angeles. His marriage to Christine Kizuka was officiated in a prison chapel in 1986. Ironically the two met in prison. Kizuka’s former husband was also incarcerated in the same prison as Buono.

Buono died while in prison on September 21, 2002. His autopsy showed the cause of death as heart failure. Though Buono had occasionally feared for his life, officials at Calipatria State Prison ruled out any murder suspicions. Bianchi is still serving his prison term.