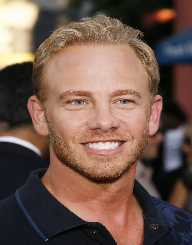 Ian Ziering is an American actor born on March 30th, 1964. He is best known for his 1990 to 2000 role in Beverly Hills 90210 television series as Steve Sanders. Also, he has starred in the series Sharknado which was a huge hit as Fin. At the age of 12, the talented actor began his career in radio and TV commercials. He was among the contestants of Dancing with the Stars season four. During the competitions, he was paired with Cheryl Burke.

Ian Ziering was born on March 30th, 1964. His place of birth was Newark, New Jersey in the United States. However, he was brought up in West Orange, New Jersey. He is the son of an educator and saxophonist, Paul Ziering together with Muriel. Ian has two older brothers namely Jeff and Barry.

Ian Ziering attended West Orange High School where he graduated in 1982. He was later admitted to William Paterson University. He graduated from the university in 1988.

In 1981, Ian Ziering began his role in the film when he featured as the young brother of Brooke Shields in Endless Love. Ian starred as Steve Sanders in Beverly Hills, 90210 film series from 1990 till 2000. The series was quite successful and a major hit.

In Godzilla: The Series of 1998, he acted as Dr. Niko "Nick" Tatopoulos’s voice. Later in the 4th season of Dancing with the Stars, he was a celebrity dancer partnered with Cheryl Burke. He competed till the semifinals in the competitions followed by his elimination on May 15, 2007, along with Cheryl.

Ian Ziering later produced Man vs. Monday, a short film which he also directed and starred in it. The film was chosen as the during the 2006 Ft. Lauderdale Film as the best. Therefore, Ian was presented with Audience Choice Award. In the same year, his role in film Stripped Down as Francis earned him Best Actor Award. This was at the 2006 Monaco Film Festival.

Additionally, Ian Ziering also had a role in The Doctors, JAG and What I Like About You TV series. He also starred as Cameron Stewart in Guiding Light. In 2015, Ian made an appearance on NBC in Celebrity Apprentice.

In 1997, Ian Ziering wedded Nikki Ziering, a model. The couple later divorced in 2002. Subsequently, he married his second wife in 2010, this time to Erin Ludwig. Together they were blessed with two children.