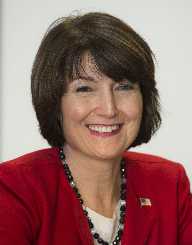 Cathy McMorris Rodgers was born on May 22nd, in 1969. She is a well-known American politician. Since 2005, McMorris Rodgers has been serving as the United States Representative for the 5th, congressional district. She is highly respected for she is the leading Republican woman.

Cathy McMorris Rodgers was born on May 22nd, in 1969. Her place of birth was in Salem, Oregon. She was born to Wayne McMorris and his wife, Corrine. When she clocked five, her family migrated and went to live in Hazelton, British Columbia. Later, in 1984, her family went to reside in Kettle Falls, Washington.

McMorris went to Pensacola Christian College where she obtained a bachelor’s degree. After this, she joined the University of Washington where she earned her MBA degree.

After completing her undergraduate studies, Cathy McMorris Rodgers went to work with Bob Morton, the state representative. This occurred in 1991. While working with Morton, she was his legal assistant as well as his campaign manager.

In 1994, she was promoted to the post of Washington House of Representatives. Earlier on this post was empty following Morton’s promotion to the State Senate post. McMorris was inaugurated to office in January 1994.

While serving at the legislature, McMorris earned a name for herself due to her strong inclination to rural communities and also showing support to businesses. She served in her post for ten years.

Afterwards, she contested for the U.S. House of Representatives in 2004. She won in the elections. Since then, McMorris has maintained her post.

Cathy McMorris Rodgers has been in office for six terms. Her first term began in 2005. Her sixth term started in 2015. She competed against Joe Pakootas during her sixth term. She amassed about 60% of the votes which crowned her the winner for the sixth time.

Cathy McMorris Rodgers tied the knot with Brian Rodgers in August 2006. Their marriage took place in San Diego. The pair welcomed their first born child in April 2007. This made McMorris become the first ever lady to give birth as an incumbent U.S. Representative that had held office for more than ten years. In 2010, she had her second child. This was followed by her third in 2013. Her children are Rodgers, Grace, and Catherine.