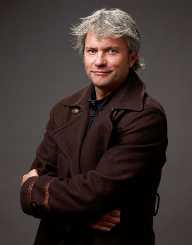 Chris DeWolfe was born in 1967 in Portland, USA. Both his parents were school teachers. He got his education at Lincoln High School. He went to college at the University of Washington in Seattle. DeWolfe graduated top of his class with a degree in finance in 1988. He then enrolled for his Master degree program at the University of South California. He graduated in 1997. As part of his project in college, DeWolfe created his first social networking platform, Sitegeist.

In his final year of the Master program, DeWolfe conceived the idea of having a technological platform that would enable people to share informational files without any hindrance. He wrote his project about this and got his accreditation. DeWolfe started working on this idea in 1997. In 1998 he developed the MySace.com an online platform. The original idea was to help upcoming artists share their music with their listeners free of charge. The platform was a revolution for many. Within a few years, the tiny idea was a global phenomenon.

In 2001, DeWolfe teamed up with another technological savvy entrepreneur Tom Anderson. They founded the internet company Response Base. This was an online marketing company for major companies. DeWolfe was given the maiden chance to head the entity as the Chief Executive Officer. Barely a year into the business, Response Base was bought by eUniverse.

In 2003, the two partners rebranded MySpace.com into a social platform. MySpace was then brought into eUniverse as part of its expansion program. The company then rebranded itself to Intermix Media. In the year 2005, DeWolfe and Anderson were in another friendly takeover. This time New Corporation which was owned by the Murdoch family acquired Intermix Media. To maintain continuity, DeWolfe and Anderson remained the Chief Executive Officer and President respectively.

By the time Myspace.com was acquired by the Murdoch family, it had more following than Google. It is estimated that more than ten million subscribers. The rapid growth was partly because it had less stringent regulations. Most of its followers were under eighteen years. Thus traffic was high. And lastly, it was about socializing, a popular pass time for the youth. It was from this background that MySpace got so many acquisitions in such a short period of time. In view of the mounting concern for the public, MySpace opted for more strict regulations. They profiled potential pedophiles and convicted sex offenders on their database. To keep the subscribers safe from harassment, MySpace started deleting suspected files and accounts which relayed indecent content in 2006. It also incorporated new features on its platform like YouTube.

The fortunes of MySpace took a downward trend when another social networking platform was founded. Facebook proved more acceptable by people of all ages. This prompted MySpace to reinvent itself in 2009. DeWolfe and Anderson reverted to its original content music. When things did not work as planned, MySpace was sold out. In 2011 the Murdoch family owned News Corporation sold MySpace. This time it was to Specific Media and Timberlake. The takeover brought in USD 35 million to News Corporation. Today it operates solely as a musical platform.

Currently, DeWolfe is the CEO of Jam City, a cellphone video game provider. This is a company he created in 2011. Since then, he has been growing the company in its gradual expansion. Just like MySpace, Jam City is slowly gaining acceptance in the US and Asia. With the new innovations on the platform coming in very often, Jam City will soon surpass many other video gaming providers.

His innovations have been recognized on numerous occasions. It started in 2006 when he was listed in the Times Magazine’s Top 100 Most Influential People. In 2006, American journalist Barbara Walters listed her in her list of fascinating people in the world.

DeWolfe has also received much positive profiling by numerous media outlets in the US. He was honored twice again in 2009 and 2015

When DeWolfe experimented with his idea, his only thought was to pass his exams in college. The initial success from Sitegeist made him rethink his resolve. He programmed one of the best social networking platforms in the world. Even by his own standards, DeWolfe admitted that the project company had grown beyond his imagination.

Currently, at the age of 51, DeWolfe is still active in the technological innovation world.