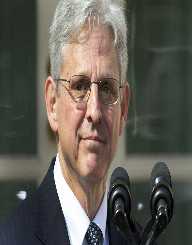 Merrick Garland was born on November 13, 1952. He is an American. He is renowned for being the Chief United States Circuit Judge of the United States Court of Appeals for the District of Columbia Circuit. He is currently Sixty five years old.

Merrick Garland was born Merrick Brian Garland on November 13, 1952, in Chicago, Illinois, United States. He was born to Cyril Garland and Shirley Garland. He was brought up in Conservative Judaism. He joined Niles West High School, Skokie, Illinois. He later became the president of the school. In 1970, he graduated as class valedictorian. He was also a National Merit Scholar and Presidential Scholar.

In 1977, Merrick Garland started his career journey by being a Henry J. Friendly’s law clerk at the Court of Appeals for the Second Circuit. He served this role until 1978. In 1978, he then served at the United State Supreme Court as Justice Brennan’s Law clerk a position he held until 1979. In 1979, he worked as Attorney General Benjamin Civiletti’s special assistant until 1981. He later joined Arnold & Porter law firm as an associate. In 1985, he became a partner at the law firm until 1989.

He later served as State Farm Mutual Automobile Insurance Co. counsel. He then served Harvard Law School as an antitrust law lecturer. In 1989, he served the United States Attorney’s Office for the District of Columbia as the Assistant United States Attorney. In 1991, he served the administrative law section of the District of Columbia Bar’s co-chair. In 1992, he returned to Arnold & Porter law firm. In 1993, he became the assistant attorney general in the United States Department of Justice’s Criminal Division.

In 1994, Merrick Garland became Deputy Attorney General Jamie Gorelick’s principal deputy associate attorney general. In 1995, he was nominated and won the United States Court of Appeals for the District of Columbia seat. In 1997, he was re-nominated in the same position, and he received high affirmative votes on that matter from the Senate. In 2003, he became a member of the Harvard Board of Overseers. In 2009, he became the president of the board until 2010.

In 2013, he became the Chief Judge of the D.C. Circuit. In 2016, he was nominated for being the Associate Justice of the Supreme Court of the United States. In 2017, after the end of the 114th congress, his nomination expired. He is currently an American Law Institute member.

In 1987, Merrick Garland married Lynn Rosenman with whom he has two daughters. He currently resides at Bethesda, Maryland. He is presently Sixty five years of age.