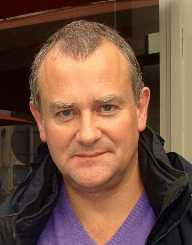 Hugh Richard Bonneville Williams was born 10th November 1963, in Paddington, London, England. His parents were both in the medical industry, with his father being a urological surgeon, and his mother, a nurse.

Hugh Bonneville began his career on the stage. He debuted at the Open Air Theatre in Regent’s Park. He then joined the National Theatre in 1987, where he performed in several plays. In 1991, he joined the Royal Shakespeare Company. He performed in various productions over the next few years. During the same period, Hugh Bonneville made his debut on television. He appeared in two episodes of Chancer. His next television appearance was in 1991 when he appeared in five episodes of Dodgem.

In 1994, he debuted in his first movie, Mary Shelley’s Frankenstein. He co-starred with Robert De Niro and Kenneth Branagh.

In 1998, Hugh Bonneville married Lulu Evans. They have a son together. From the philanthropic viewpoint, Bonneville is a patron of Scene & Heard, a London children’s charity, and he is also an ambassador for WaterAid.