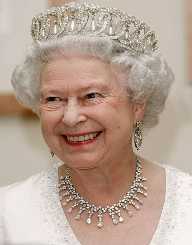 Queen Elizabeth II takes an honor of ruling the Monarch for 63 years that made her pass the longest record in British history. She is a respected and loved figure across the continent. Her phenomenal reign has seen her travel extensively than any other Monarch leader. Rightly known for her unique sense of devotion and beauty, the Queen has made a remarkable stance both in the UK and Commonwealth.

Queen Elizabeth II still comes with enough strength to control the monarchy at the age of 90. She loves to carry out different program arrangements such as visiting charities, leading the nation in celebratory events among others. Another member of the Royal Family takes a course of helping her on the way.

On 21, April 1926 Elizabeth Alexandra Mary was born to King George VI and Queen Elizabeth Bowes-Lyon. Elizabeth learned French, history, mathematics, and geography at her family’s home. She loved to spend her free time dancing and singing. Her comfortable life took a turn when her great-grandfather King George V passed away.

In 1936 her uncle Edward VIII took over the throne. He loved Wallis Simpson who was an American divorcee. According to Monarch rules, Edward had to either choose her lover or the crown. He married Simpson and Elizabeth’s II parents took their stance.

Early in 1942 Princess Elizabeth became the Colonel-in-Chief of the Grenadier Guards. She obliged to take the course at the age of 16 where she made her first public assignation. Her duties became a daily routine where she used to accompany the Queen and King on their live tours around Britain. Princess Elizabeth visited Kenya on 6 February 1952. Unfortunately; she received the news of her father’s demise as well as her new rank to the throne. On 2 June 1953 at the age of 25 Princes Elizabeth coronation service took place in Westminster Abbey.

The World War II took place when in London where Queen Elizabeth II and her sister moved to Balmoral Castle. They spent their Christmas at the Castle until 1939. The two were sent to Sandringham House in Norfolk. Princess Elizabeth stayed at the Royal Lodge, Windsor and then later went to Windsor Castle where she lived for several years.

On July 1944 Queen Elizabeth II served as the Counselor of State when her father, King George VI took other significant works in Italy. In 1945 Elizabeth II was chosen to lead the Women’s Auxiliary Territorial Service. She received an opportunity and trained as a mechanic, driver, and after few months she was elected as the Commander of the regiment.

During a Conservative Party standoff, the queen received the recognition of appointing the supreme leader of the party. In 1957 Queen Elizabeth toured the United States where she addressed the United Nations General Assembly as well holding Commonwealth representative chair. She also went to Ghana and launched a 23rd Canadian alignment.

From the 1960s to 70s, the Caribbean and African countries were becoming centralized states. Queen Elizabeth II didn’t want to interfere with any constitutional law. In the process, her decision speeded up the Australian republication.

In 1991 Queen Elizabeth II took a chance and addressed the United States Congress in celebration of the 1991 Gulf War victory. She will be remembered as the first ruler to have been given an honor. The word ‘annus horribilis’ means a horrible year. It is the term that Queen Elizabeth II used in 1992.

It was daunting for her and other Royal Family. It is when her second son, Prince Andrew died, and later the Duke of New York parted ways with his wife. The same year Fire raged her favorite castle-Windsor in wee hours. She was devastated by losing thousands of great arts.

In 1991 Queen Elizabeth escaped death while riding a horse in a parade when she was shot by a teenage boy, Marcus Sergeant. The same year, a young man tried to break into her bedchamber. Luckily she didn’t get any injuries in any of the two incidents. In 1997 after Princess Diana’s death, her silence spread a negative rumor that she didn’t want to give a public funeral sentiment.

Queen Elizabeth got married to Prince Philip of Denmark and Greece, known as her second cousin on 20 November 1947. The couple was blessed with four children. Prince Charles was born on 14 November 1948. After few years Princess Anne was born, then Prince Andrew in 1960 and her fourth child, Prince Edward was born in 1964. In 1969 Queen Elizabeth named Prince Charles as her successor. In 1981 Princes Charles married Diana Spencer.

Her effort came to be recognized when she received an honorary BAFTA award. Even though she used to travel overseas and many countries, the monarch longest ruler doesn’t hold a passport under her name. She also loves dogs as well as reading mystery novels. During her recreation time, Queen Elizabeth likes to watch wrestling on television.