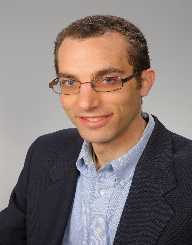 Sir Robert Robinson was a pioneering organic chemist of British origin. He won the Nobel Prize in 1947 for his ground-breaking work on alkaloids and plant pigments.

Robert Robinson was also one of the early supporters of the theory of electronic movement in organic chemistry. Most of his research work was focused on identifying the composition of alkaloids – this helped in the discovery of the structure of morphine (an important drug) and the synthesis of other medicines like penicillin.

Robert Robinson was an expert in the field of organic chemistry, especially biomolecules. He helped synthesize several dyes for the textile industry. He also invented an automatic lint cutting machine.

Robert Robinson was born on September 13, 1886, on the Rufford Farm near Chesterfield, Derbyshire, United Kingdom. His star sign was Virgo. His father William Bradbury Robinson had 15 children from two marriages. Robinson’s mother Jane Davenport was his second wife. He had ten step-siblings out of 15.

Robert Robinson's primary education began at a local Kindergarten school. He then went to the Chesterfield Grammar School where he developed a liking towards Math. Later, he went to the Fulneck boarding school. After completing his early education, Robert was enrolled in the Manchester University where he studied chemistry. At the time, Britain’s textile industry was flourishing, and brilliant young minds were looking at glittering careers as a chemist.

Robert Robinson graduated in 1905 and then started working under Professor Perkin. He obtained his D.Sc. Degree in 1910 from the Victoria University, Manchester.

The World war captured the world by then, and Robert worked on substances like TNT, morphine, picric acid, etc. that could be useful on the battlefield or during treatment.

Robert Robinson started working in the textile industry in 1920 after becoming the Director of Research for the British Dyestuffs Corporation. He helped synthesize several new dyes for use in textiles. He returned to teaching in 1921 by joining St. Andrews College. A year later, he became a professor at the University of Manchester.

In 1925, Robert Robinson discovered the complex structure of morphine. He also started working on fatty acids and their synthesis. He joined Oxford University in 1930 and continued in that position for 25 years. Afterwards, he served as the Director of the Shell Chemical Company.

Robert Robinson was elected as a Fellow of the Royal Society in 1920. He was also made a member of the Chemical Society.
For his research in organic chemistry, he was knighted by the British Empire in 1939. The results he obtained while working on alkaloids earned him the Nobel Prize in 1947. Two years later, he was also awarded the Order of Merit.

During his time at the University of Manchester, Robert Robinson met and fell in love with Gertrude Maud Walsh. They married each other on August 7, 1912. They had three children. The first one – a girl, died as an infant. Seven years later, another daughter was born. Their long marriage ended when Gertrude died in 1954. After her death, Robert got married once more in 1957 to Stearn Sylvia Hillstrom.