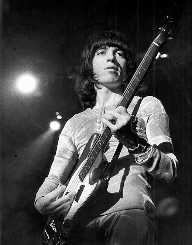 After spending time with the Rolling Stones, Bill Wyman rose to fame as one of the remarkable bass players. The moment he steps on a stage he comfortably knows what to do with his right and left hand. As soon as you hear a glimpse of his tonal bass and rock, you will never get out of control. I mean he was the sole proprietor of Rolling Stone band. Although he left the group without regard, his fans still miss his great speakers and amps. Charles Watts also provided the same rhythm, but Bill’s name was a hit. When he retired in 1993 from the band, most of his fans thought that he would learn to metal detection till the end. But this was not the case; he has never been busier as he is currently. Let’s take a look at his previous and current life.

On October 24, 1936, William Perks, Jr. was born in Lewisham, England to a decent like family. His father, Willian Perks worked as a bricklayer while his mother was called Molly Perks. He loved to play with his four siblings. At a younger age, Bill showed interest in the music industry. He received high-end advice from his parents. At ten to thirteen years old, Bill learned to play the piano. From 1947 to 1953 Bill joined Penge and Beckham Grammar School which he later dropped out before the final exams.

Bill first heard about the rock and roll music when he was employed in the British Royal Air Force in Germany. He was inspired by rock n roll legends such as Elvis Presley and Chuck Berry. He later moved to England after his dismissal with the aim of succeeding his musical dream. While still aiming higher, he kept himself busy with odd jobs. He played different gigs just to pay the bills at the end of the day. He came to love the bass guitar from there henceforth. As he fledged to fame, William got the pseudonym of Bill Wyman, in honor of his lost friend. He went along and created a band, and in the process, he joined the Rolling Stones group. In 1962 Bill was chosen as the principal bassist.

The band continued to travel far and beyond with the likes of Mick Jagger, Charlie Watts, Brian Jones, and Keith Richards. In the mid of 1964, the band released their first album titled as ‘The Rolling Stone.' Bill meant tons for the band, all thanks to his backing vocals as well as playing bass. After a while, he led ‘In Another Land’ truck. They went ahead, and both contributed to the decorum of songs like ‘Get Yer Ya-Ya’s Out!’, ‘Exile on Main St’ and ‘Tatto You.'
While still enjoying The Rolling Stone prosperity, Bill was discouraged. The primary reason was that Jagger and Richard dominated the production and songwriting field. There and then Wyman began to work on his solo projects in the 1970s.He went along and came up with his newest album titled as ‘Monkey Grip’ in 1974. Early in the 1980s, he composed his solo music for two movies including Terror at the Opera and Phenomena. Dario Argento directed both of the songs.

In 1933 Bill Wyman opted to leave the Rolling Stone band without turning back. He then founded his rock band titled as Bill Wyman’s Rhythm Kings. In 1997 he launched his first album titled as ‘Struttin’ Our Stuff.' Despite his middle-level age, Bill continued to strike his musical deal without aging negotiations. Along with his musical fame, Bill is also a great author, he has written books such as Atone Alone, Rolling with The Stones among others.

Bill Wyman has married three times in his lifetime. He first tasted the wedlock life with Diane in 1959, where they were blessed with a son. The later divorced in 1969. In 1989 he surprised his fans by married an eighteen-year-old girl named as Mandy Smith, he was 52. But the married didn’t last to tell its tales. In 1993 he married Suzanne Accosta where they have three daughters. In 2016 Bill Wyman was diagnosed with prostate cancer.