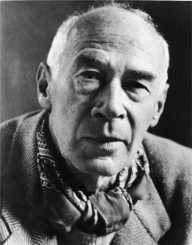 Henry Valentine Miller was an American writer who shunned the conversational style of writing by developing and adopting a semi-autobiographical novel. His works combined social criticism, sex, explicit language, and philosophical tendency making them very influential in the mid-20th century. Due to the graphic and sexual frankness of his works, most of them were banned in the United States and Britain until 1961. Such works include Tropic of Cancer, Tropic of Capricorn, Black Spring, and The Rosy Crucifixion trilogy.

Henry Valentine Miller was born on December 26, 1891, in Manhattan, New York City. He was born to Louise Marie and Heinrich Miller. He was raised in Brooklyn where he also received his elementary education. He later attended Eastern District High School in Williamsburg. Miller was a political fanatic and joined the Socialist Party of America. After graduating from high school, he enrolled at the City College of New York, where he dropped out after one semester.

Western Union hired Henry Miller as personnel manager in 1920, and he would work there until 1924. He wrote his first novel Clipped Wings during his vacation in 1922. The work never saw the light of the day, but some parts were included in other works include Tropic of Capricorn. To devote his time to writing, Miller left Western Union in 1924.

Henry Miller left Paris for Greece in 1939, which influenced his book The Colossus of Maroussi, 1941. He returned to the United States in 1940, where his year-long tours became the basis for the book The Air-Conditioned Nightmare. He later settled in Big Sur California in 1944. In the US, his banned books especially the Tropic books became very influential among the Beat Generation of American Writers especially Jack Kerouac.

During his stay in Big Sur, Henry Miller started writing The Rosy Crucifixion trilogy starting with Sexus. The trilogy completed in 1959 gave an account of his stay in Brooklyn, how he struggled to become a writer and relationship with his second wife June. The work like many others was banned in the US but was published in France and Japan. Other works during his stay in California include Sunday after the War in 1944.

Publishing Works in the US

Henry Miller's banned works finally had the green light to be published after a series of court cases. In 1961, Grove Press Inc. published Miller’s Tropic of Cancer. In the lawsuit, Grove Press, Inc., v. Gerstein the US Supreme Court overruled a previous state court verdict of obscenity against the book saying the book was a work of literature. After the ruling other banned works like Tropic of Capricorn, Black Spring, Sexus, Quiet Days in Clichy, and Plexus and Nexus were all published.

Henry Valentine Miller married five times first to Beatrice Sylvas Wickens in 1917 with whom he had a daughter Barbara. The marriage ended in divorce in December 1923. After the divorce, he married dancer Juliet Edith Smerth (known on stage as June Mansfield) on June 1, 1924. June divorced Miller in 1934 by proxy in Mexico City. He married his third wife Janina Martha Lepska in 1944. She was 30 years his junior. The couple had two children Tony and Valentine. They divorced in 1952.

He then married artist Eve McClure in 1953 but divorced in 1960. His fifth wife was Japanese singer Hoki Tokuda, but it also ended in divorce in 1977. Miller died on June 7, 1980, at age 88 of circulatory complications. His remains were cremated, and ashes shared among his son Tony and daughter Valentine.