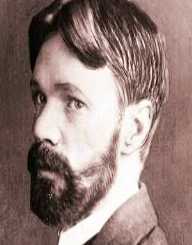 David Hebert Lawrence was born on September 11, 1885, in Eastwood, Nottinghamshire, England. He was an English poet and writer who wrote on subjects including sexuality, emotional health, and instinct among others. His famous work was the controversial novel ‘Lady Chatterley's Lover’ which was annulled in the United States and England until 1959 and 1960 respectively.

Some of his other notable works include ‘Sons and Lovers’ and ‘Women in Love.’ However, in as much as his works were met with much criticism and resistance, he remained as one of the most skilled and influential writers of the 20th century. He died on March 2, 1930, in Vence, France.

David Hebert Lawrence was born on September 11, 1885, to a coal miner Arthur John Lawrence and Lydia Lawrence. He was born in Eastwood, Nottinghamshire, England and from a young age had developed a love for books. He went to Beauvale Board School for his primary education beginning 1891 until 1898. He prospered academically, and at the age of twelve, he received a scholarship to study at Nottingham High School in 1887.

He had a poor social network and often found it difficult to make friends and fit in groups of his peers. He suffered depression and was often taken down in sickness which adversely affected his academics. He graduated from high school in 1901 having made little achievement in his academics.

In 1901, D. H. Lawrence found a job at Haywood's surgical appliances factory as a junior clerk. After three months of work, he was forced to let go of the work after suffering from severe pneumonia. In 1902 after his recovery he served at British School in Eastwood as a student teacher. He later qualified as a teacher by profession having also received his certificate in teaching in 1908 from University College, Nottingham.

At the university, he began working on his first poems, short stories, and novels including ‘Laetitia’ a draft which later would form a basis for his novel ‘The White Peacock.’ He started teaching at an elementary school in Croydon where he also met Jessie Chambers who encouraged him in his writing projects. With the help of Jessie, his first poems were published in the English Review in 1909. The English Review team was impressed by his work and recommended his novel ‘The White Peacock’ for publishing in 1911 by William Heinemann.

In 1911, D. H. Lawrence left his teaching job to become a full-time writer and wrote his second novel ‘The Trespasser’ which was published in 1912. In 1913, he published his third novel titled ‘Sons and Lovers’ pictured the events in the life of a young artist named Paul Moore who had a complicated relationship with his mother who was all over him. This later work became one of his most excellent pieces of the 20th Century.

In 1914 he published a collection of short stories ‘The Prussian Officer’ followed by the novel ‘The Rainbow’ in 1915. However, ‘The Rainbow’ was widely criticized for its explicit content and was banned being regarded as obscene.

In 1927 D. H. Lawrence travelled back to Italy after having also contracted tuberculosis and began working on his to be a controversial novel ‘Lady Chatterley’s Lover.’  The novel was later published in Italy in 1928 but was banned in the United States until 1959 due to its display of explicit content. It was also banned in England until 1960 but was later allowed to undergo publication. His other works included ‘Last Poems’ and ‘Apocalypse’ published in 1930.

D. H. Lawrence married Frieda Weekley in 1914 after persuading her to divorce her husband and move in with him. His health continued deteriorating due to complications from tuberculosis and regularly fell ill. He died on March 2, 1930, in Vence, France at the age of forty four.