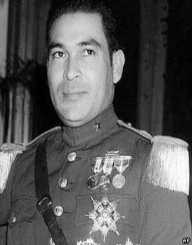 Fulgencio Batista was the only Cuban president to have ruled twice. He was the 9th president through an electoral vote. His second presidency through a military coup made him the 12th president.

Fulgencio Batista was born on January 16, 1901. His birthplace is recorded as Banes in Cuba. His parents Belisario Batista and Carmela Zaldivar named him Ruben Zaldivar. He later assumed the name Fulgencio Batista in 1939. He was born in a poor rural family with three other siblings.

A colored by decent, Batista got his elementary education in a government-run school in Banes. He went on to enroll in a local American Friends High School. In 1915, his mother died. Consequently, he dropped out of school to look for employment. Batista ventured from one manual job to another for a few years.

Eventually, Fulgencio Batista joined the army as a private soldier in 1921. He enrolled for secretarial studies during his early years in the military. He left the army and joined the police. His service in the rural police was short lived. Batista rejoined the military as a corporal. Within a few years, he rose to the rank of Sergeant in 1933. This was barely ten years since joining the army. Two attributes made him rise rather quickly within the military ranks. He was charismatically disciplined and hardworking.

Fulgencio Batista's charisma made him the leader of the non-commissioned officers in the army. Using his position, he forged a hidden network with university student leaders and union workers. In 1933, he successfully led a mutiny and overthrew the administration of President Gerardo Machado.

Instead of assuming the presidency of Cuba, he organized a five-man presidential administration led by Ramon San Martin. Batista, now a Colonel, was made the military Chief of Staff. The other senior military officers were purged out. Batista had an iron grip on the presidency behind the scenes.

Barely three months into his administration, San Martin was ousted by the military. He was replaced by Carlos Mendieta in 1934. Between 1933 and 1940, Cuba had seen five presidents. All of whom were pawns in Batista’s iron grip on power.

Cuba conducted general elections in July 1940 under the new laws. Fulgencio Batista resigned from the military to run for the presidency. He was pitted against former president Grau San Martin. Batista emerged the winner and was sworn in as the first non-European president in independent Cuba. He consolidated the rule of law, pardoned the proscribed Communists, and improved the country’s infrastructure. Batista opted not to run for the presidency in the 1944 general elections. His endorsed candidate was defeated by Grau San Martin.

Fulgencio Batista left Cuba and settled in the US with his family. Without a right grip on power, he silently spent his life in the American cities. President Grau San Martin was succeeded by Carlos Socarras. Though in the US, Batista continued to galvanize his support base in Cuba. He was elected in absentia as a member of the Cuban Senate in the 1948 elections.

Fulgencio Batista ran for the presidency in 1952. After sensing a humiliating defeat, Batista allied with the military. He deposed President Socarras few months before the elections. This time Batista assumed the presidency with full military powers. For the next seven years, Cubans lived in a country under a military junta. Batista suspended all the constitutional bodies in Cuba.

His junta presided over increased brutality against the population, crumbling economy and disquiet in the military. His warm relations with the Soviet Union led to his fallout with the US government.

The entry of the Fidel Castro led rebel movement provided an avenue for the ouster of Batista. After several attempts to hang to power, Batista fled Cuba on January 1, 1959. Seven days after his fall, Fidel Castro marched triumphantly into Cuba’s capital Havana.

Fulgencio Batista was married to Elisa Godinez from 1926 to 1945. In their marriage, the couple had two daughters and a son. They divorced while in his self-imposed exile in the US.

Batista married again in 1945. His union with Marta Miranda lasted until his demise. With her, he had five children.

Fulgencio Batista died of cardiac arrest on August 6, 1973, in Spain.

In all his accomplishments, one thing stands out. He brought Cuba a progressive constitution in 1940. He was the first colored president, thus paving the way for many natives in Latin America like Evo Morales of Bolivia.