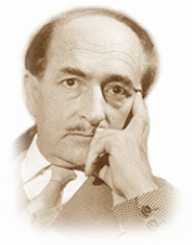 Salvatore Quasimodo was born on August 20, 1901. He was an Italian critic, translator, poet and author. He was considered as among the leading Italian poets. His works include ‘Poesie,’ ‘Ed e subito sera’ and ‘Oboe sommerso’ among others. His works during World War II include ‘Giorno dopo giorno,’ ‘La vita non e sogno’ and ‘La terra impareggiabile’ among others. In 1959, he won the Nobel Prize for Literature. His works are still being read today as he was a good poet and author. He received ‘honoris causa’ degree from the University of Messina and the University of Oxford.

Salvatore Quasimodo was born on August 20, 1901, in Modica, Sicily. He was born to Gaetano Quasimodo who was a railroad employee and Clotilde Ragusa.  In 1908, his family relocated to Messina. In 1916, he joined the Institute of Mathematics and Physical Palermo Technical. In 1917, he published his first poems in the magazine ‘Nuovo Giornale Letterario’ which he had founded.

In 1919, Salvatore Quasimodo graduated from the Technical College and moved to Rome. He went to Rome to finish his education in engineering at the ‘Politecnico.’ He dropped out of the school due to financial constraints. At the school, he also studies the Latin and Greek languages. He took up jobs to sustain himself. He worked in a departmental store and as a technical draftsperson in a construction company.

In 1929, Salvatore Quasimodo relocated to Florence after he was invited by his brother in law and Writer Elio Vittorini. At Florence, he was introduced to poets such as Arturo Loria, Eugenio Montale, and Alessandro Bonsanti among others. In 1930, he was appointed by the Civil Engineering Corps. He was posted in Reggio Calabria in Southern Italy. He published three poems the same year titled ‘Tree,’ ‘First Time’ and ‘Angels.’ He published the poems in a magazine that was known as ‘Solaria.’ In the same year, he published his first collection of poems in the ‘Solaria’ editions which was titled ‘Waters and Earths.’ The poems were based in his native place, Sicily.

In 1931, Salvatore Quasimodo moved to Imperia and later to Genoa. In Genoa, he met Camillo Sbarbaro who introduced him to the ‘Circoli’ magazine. In 1932, he published his second collection of poems titled ‘Sunken Oboe’ with the Circoli magazine. In 1934, he moved to Milan and four years letter he left his job and started concentrating more on writing. At Milan, he worked for the Hermetic movement’s official review and also worked with Cesare Zavattini. Cesare was an Italian screenwriter and an advocate of the Neorealist movement in Italian Cinema.

In 1938, Salvatore Quasimodo became the editor of a weekly magazine known as ‘Tempo.’ Some of his Hermetic works include ‘Scent of Eucalyptus’ and ‘And Suddenly It’s Evening’ among others. In 1941, he became the chair of the Italian literature at Milan’s ‘Guiseppe Verdi Conservatory.’ In 1942, he published ‘Nuove Poesie’ which reflected a hint on the themes of his future works after World War II.

In 1945, Salvatore Quasimodo became a member of the Italian Communist Party. His works after World War II included ‘Life is Not a Dream,’ ‘Day After Day,’ The False and True Green’ and ‘The Incomparable Land.’ He also translated works such as ‘The Gospel According to John’, ‘Odyssey’ and ‘Songs of Catullus’ among other translated works. He travelled to America and Europe giving speeches on his poems which had already been translated into other languages.

In 1959, Salvatore Quasimodo was presented with the Nobel Peace Prize for Literature.

In 1926, Salvatore Quasimodo married Bice Donetti who later died in 1948. He later married an Italian dancer. He had a daughter out of wedlock. He died on June 14, 1968, of a cerebral hemorrhage. He was buried at the ‘Cimitero Monumentale’ in Milan.