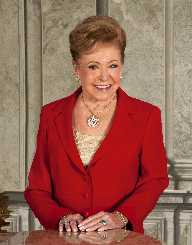 Mary Higgins Clark is an American author and publisher of novels. She is best known for her bestseller, Where Are The Children?

Mary Higgins Clark was born on December 24, 1927, in New York. She had two siblings, an elder brother called Joseph and a younger brother named John. She started writing poems at the age of six years. She wrote her first play at the age of seven. Her father died in 1939 when she was 12. She rented her bedroom to supplement the financial earnings of the family.

She went to Saint Francis Xavier Grammar School. She enrolled at Villa Maria Academy on a scholarship. She was encouraged by the teachers to pursue her literacy work. In 1943 she wrote her first and mailed it to the magazine True Confessions. It was rejected.

Clark shelved her studies for work. She enlisted for a secretarial course after high school on a secretarial scholarship. After a year of studies, she got a secretarial job at Remington Rand. She left the advertising company after working for three years.

Clark became a flight attendant with the Pan American Airlines. In 1949 she spent most of the time flying to Europe. During one her flights to former Czechoslovakia in 1949, she got an inspiration to write the short story Stowaway. She published it in 1956. She resigned from the aviation industry to bring up her family.

She married William Clark in 1949. She continued writing short stories and poems during the maternal recess. Her marriage to Clark lasted until 1964. She became a widow with five children. she started writing for the Saturday Evening Post. She published short stories for a few years before the collapse of the market.

Her agent encouraged her to try publishing novels. In 1968 she wrote her maiden novel titled Aspire to the Heavens: A Biography of George Washington. She never got a publisher. In 1975, she published her famous novel Where Are The Children? She became an instant celebrity with the novel. She signed lucrative writing contracts and became known as the Queen of Suspense.

In the 1990s, she published among others Loves Music, Loves to Dance done in 1991, Remember Me published in 1994, and Pretend You Don’t See Her published in 1997. Clark published over 60 fiction novels in her active writing career.

Clark created another series titled Under Suspicion Series. The series revolved around mysterious murders which are recreated on the television for analysis. Clark wrote six novels in the recreation of murders series. Her books have been translated into several European languages by publishers.

She published her only non-fiction book in 2001 called Kitchen Privileges, A Memoir. Clark saw most of her novels adapted into television and film productions.

She was married to Warren Clark from 1949 to 1964. She got five children together. She remarried in 1978 to Raymond Ploetz. The couple divorced in 1986. In 1996 she married her third husband John Conheeney. The marriage ended in 2018 upon his death.

Apart from her marital life, Clark returned to school in her adulthood. She kept her studies a secret. She eventually graduated from New York University and Fordham University

In the US, she received honored by the American Irish Historical Society. In 1997 she became a member of the Horatio Alger Association of Distinguished Americans. Clark was honored by the Vatican for her achievements. She became the Dame of the Order of Saint Gregory the Great.

She was celebrated by other institutions like the Yeshiva University in New York, National Arts Club, and Irish America Hall of Fame. Despite her troubled early education, Clark is a recipient of 18 honorary degrees from universities across the US.

Clark sits in other boards of respected organizations in the US. The most notable are the religious organizations Catholic Communal fund and Hackensack Hospital.

Mary Higgins Clark still gives lectures and interviews on literature. She is a critic of publishers in book expos and other publishers’ forums. She emphasizes the need to empathize with real-life situations in order to connect with the reader.

Due to her contribution, Clark is a celebrated educationist and author in New York. New York has an education fund which offers scholarships to needy children named after her. Her daughter Sarah is also an acclaimed author and publisher, in the footsteps of her mother.