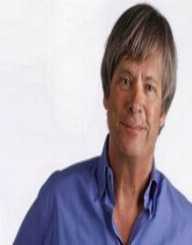 Dave Barry graduated from Pleasantville High School and then obtained a B.A. from Haverford College (1969).

When he was working as a journalist in the early 1970s, Barry began writing a weekly column which quickly gained popularity. He then joined the Daily Local News in West Chester, Pennsylvania (1971-1974). Working for Burger Associates entailed teaching writing skills to people in business.

In 1981, his guest column in the Philadelphia Inquirer led to his appointment as a humor columnist with the Miami Herald Sun, writing for the magazine Tropic. His column was then nationally syndicated. Barry’s first novel Big Trouble (1999) was made into a film. He went on to have a prolific writing career publishing novels as well as non-fiction.

The recipient of numerous awards, Barry was presented with the Walter Cronkite Award for Excellence in Journalism (2005) and the Fairfax Prize (2013).

During the Vietnam (1955-1975) War Barry was a religious conscientious objector.