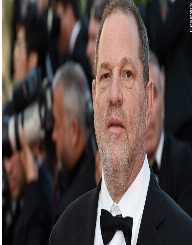 American film producer Harvey Weinstein was born to Max Weinstein and Miriam Postel on the 19 March 1952 in Queens, New York City. He is of Polish Jewish ancestry and has one sibling, a brother Robert.

Harvey Weinstein attended John Browne High School and after graduation enrolled at the University of Buffalo.

During the 1970s in Buffalo Weinstein, his brother and Corky Burger formed a company Harvey & Corky Productions which was involved in staging rock concerts in the area. This experience led to the creation of Miramax, an independent film distribution company.

After working with Amnesty International on two British benefit shows, Miramax became involved in film, and their first success was The Secret Policeman’s Other Ball (1982). By the end of the decade, Miramax was a highly successful independent film studio. The company continued to grow throughout the 1990s and won an Academy Award for Best Picture (1997).  In 2005 Weinstein and his brother departed from Miramax and founded the Weinstein Company.

Harvey Weinstein was married to Eve Chilton (1987-2004), and the couple had three daughters together before divorcing. His second wife was Georgina Chapman whom he married in 2007. The couple had a son and a daughter before Chapman filed for divorce following the sexual harassment allegations against his husband in October 2016

In October 2016 The New York Times published a story alleging that Weinstein was involved in sexual harassment and assault against women in the film industry. The first women to speak out against him were Rose McGowan and Ashley Judd, both actresses. The article resulted in many other women coming forward with similar stories of abusive behavior towards them, some dating back decades. On the 8 October 2016, Harvey Weinstein was sacked by the board of the Weinstein Company. Later, his wife subsequently filed for divorce. Then on the 16 October 2016 it was announced that Weinstein’s membership of the Producers Guild of America was under review and Harvard University revoked the Du Bois medal Weinstein had been awarded in 2014.