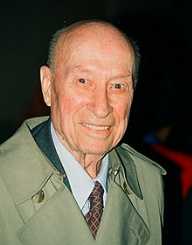 Harry Callahan is an American photographer known for his style of experimentation of which usually involved nature, everyday life, and of his wife. He served as a representative of the United States in 1978 at the Venice Biennale alongside painter Richard Diebenkorn. He died at the age of 86 in Atlanta on March 15, 1999.

Harry Callahan met his wife while still working as a clerk at Chrysler in Detroit. At the same time, Eleanor Knapp was working as a secretary at the same company. The two got together for the first time in 1933 on a blind date of which both parties felt mutually attracted to one another.

After three years of dating, the couple tied the knot in 1936. Callahan and his wife only had a single child in their long married life; a daughter named Barbara born in 1950.


The Birth of an Extraordinary Photographer from an Ordinary Home

Born on October 22, 1912, in Detroit, Michigan as Harry Morey Callahan, he was born into a family made up of auto-industry workers and farmers. There was nothing out of the ordinary in young Callahan’s life. He enrolled at a local college and pursued chemical engineering.

However, he did not have the exuberance nor the will to finish the course, so he dropped out of college and started working as a clerk in 1936 at the Chrysler Motor Parts Corporation.

Discovering Photography: from Hobby to Passion

After spending two years working at Chrysler, Harry Callahan joined the local photography club called the Chrysler Photo Club and bought his first camera in 1938. At the club, he was taught the basics of how to handle it and started photographing anything and everything. However, he soon grew tired of the club’s way of doing things and joined another club: the Detroit Photo Guild.

At the Guild, he attended a seminar that changed his outlook on photography forever. In 1941, the club had a workshop of which the speaker of the said seminar was Ansel Adams.  Adams' talk on photography and his urging to view photography thru their own eyes inspired Harry Callahan much and even stated that it set him "free." Thru Adams' work that was consistently made up with the play of light and shadow, it much dazzled and inspired Callahan to do better at the industry.

Shortly after, Harry Callahan left Detroit and went to New York where he got acquainted and befriended Alfred Stieglitz, also an aspiring photography artist. Five years after his life-changing encounter with Adams, his persistence at photography paid off when he started becoming a local name in photography.

Harry Callahan was offered a teaching post at Chicago's Institute of Design by Arthur Siegel and Lázló Moholy-Nagy. Callahan rose up in ranks and served as the head of the photography department of said Institute for a period of 12 years from 1949 to 1961. Shortly after he left the Institute of Design, he established and served at Rhode Island School of Design's photography department located in Providence from 1961 to 1973.

Before his teaching, Harry Callahan got his work included and exhibited at Edward Steichen's touring exhibition entitled The Family of Man in 1955 at the Museum of Modern Art. A year later in 1956, he became the recipient of the Graham Foundation Award for his works in photography, and alongside the award, he was granted a trip to France with his family where they settled in Aix-en-Provence.

Most of Harry Callahan's works depicted sceneries and objects from everyday life, and later on, his wife Eleanor and daughter Barbara. Most of his photographs have elements of the dramatic play of lights and shadows, as well as a play of exposure.

Harry Callahan constantly experimented with his works and would only produce about half a dozen final prints in a year despite taking photographs every day.