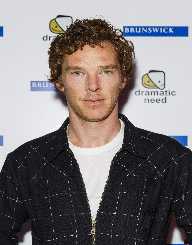 An all smiles actor; Benedict Cumberbatch came to prominence for taking a detective role in Sherlock series. This gave birth to a film called The Imitation Game in 2014 that garnered him an Academy Award.He also appeared in a 2013 film called 12 Year a Slave. Benedict received an Olivier Award for his tremendous role in Henrik Ibsen play in 2005. Before fame; he served as a teacher at Tibetan monastery in India. Early in 2007, he collaborated with a notable actress, Keira Knightley where they starred in a film called Atonement. Read further to understand more about Benedict’s early and later career.

Benedict tends to carry a charming and energetic personality hence keeping his health in check. Additionally, he tends to push himself hard towards the end goal. Most of all he needs to keep at ease while still working on how to improve his future career. As far as he is working on something, he has to remind himself that learning, developing and improving are his cup of tea. He is cherished by all, all thanks to his optimistic attitude and acceptance for a better tomorrow. In all, Benedict aims to seek a firm foundation. He prefers to work for extra hours than to get involved in an unauthorized scheme. He possesses a resounding nature for success, but after working hard. He also showcased his surviving and prowess skills when he was abducted in South Africa. He can’t deny that his adrenaline was up, but he cried with appreciation afterward.

On 19 July in 1976, a male child was born with an acting hobby streaming in his veins. He was none other than Benedict Timothy Carlton Cumberbatch who was born to notable actors: Wanda Ventham and Timothy Carlton. At his tender age, his parents took him to a public school in Harrow. It was here that he received a scholarship in arts. After few months, Benedict’s interest in painting and sports grew stronger, but his love for theater surpassed all. He appeared in his first role as Titanic in the Queen of the Ferries play, all thanks to his tutor; Martin Tyrrell. Benedict moved to Tibet where he went to serve as an English teacher. He later went to England where he studied drama at the University of Manchester. By the end of his studies, Cumberbatch went to study dramatic arts in London.

Benedict Cumberbatch acting career started in 2004 when he took a role of Stephen Hawking. His historical role earned him a BAFTA Award. In 2006 he played in a comedy film called Starter for 10.The following year, he starred in two films titled Atonement and A Life Backward. He rose to stardom when BBC aired a short adaptation of Sherlock Holmes drama. Benedict acted as Sherlock. In the mid of 2011, Benedict took Hollywood roles in thrillers like Tinker Tailor Soldier Spy followed by War Horse.

Early in 2013, Benedict appeared in an animated film titled The Hobbit where he voiced as the dragon, Smaug. He followed it up with Into the Darkness film and a 12 Year a Slave drama. The same year, he starred in The Fifth Estate film. His significant roles garnered him an Emmy Award, Academy, and Golden Globe Award.

In 2011 Benedict Cumberbatch married Olivia Poulet before parting ways in 2011. In the mid of 2015, he married the love of his life, Sophie Hunter. The couple has a child called Christopher Carlton. It is believed that his second name, Cumberbatch was quite common in the course of the 19-century. He was encouraged by his maternal mother not to use the name since his great-grandparents were owners of slaves. In spite of his acting career, Benedict can impersonate several personals such as Bruce Willis and David Tennant. When it comes to his health, Benedict was diagnosed with a condition called sectoral heterochromia. It is an eye condition that causes someone to change his or her iris from green to blue and vice versa. This is affected by light.