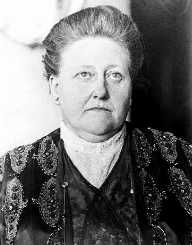 Amy Lowell was born on February 9th, in 1874. She was famous for being an imagist poet. Her most notable works include East Wind and What'sO'Clock. Lowell was credited with the Pulitzer Prize for Poetry in 1926. This was a year after her demise in 1925.

Amy Lawrence Lowell was born on February 9th, in 1874. Her birthplace was in Boston, Massachusetts. She was the daughter of Katherine Bigelow Lowell and Augustus Lowell. Lowell went for her early education, but she was often ridiculed for her masculine features. She, however, did not manage to attend college only because her family beliefs prevented her from doing that. Her family perceived that it was not right for a woman to go to college.

Amy Lowell was an avid socialite, and she only turned to poetry later on in her life. She was 28 years old when she took a particular interest in poetry. Her first publication was released in 1910. This work was featured in a magazine called Atlantic Monthly (later called The Atlantic). Shortly after her first work was published, she released A Dome of Many-Coloured Glass.

Lowell did not strive to publish her writings, but she also made it her goal to publish the works of other poets.