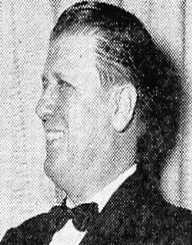 George Stevens was born 18th December 1904, to Landers Stevens, and Georgie Cooper. He was born in California, United States, in a town called Oakland. He was one of three children, with two brothers, Jack, and Aston.

George Stevens was introduced to the arts from an early age. Both his parents were actors and ran their own theater company, Ye Liberty Playhouse, which was based in Oakland. As a youngster, he did a lot of travelling with his family. He made his stage debut at the young age of just five.

George Stevens began work in his father’s theater group. He started as an actor but later became a stage manager. From there, he got a job as a cameraman for one of the studios in Hollywood.

His next position, in the early 1920s, was with Hal Roach Studios, as a cinematographer. His first production was the Laurel and Hardy short film, Roughest Africa, released in 1923. Stevens continued his work over the next few years as a cameraman and filmed his first feature film in 1933, called The Cohens and Kellys in Trouble.

George Stevens’ first directing job was the comedy, Kentucky Kernels, but it was when he directed Alice Adams in 1935, starring Katharine Hepburn, that his big break came. Stevens directed numerous Fred Astaire and Ginger Rogers movies during the 1930s, and also Carole Lombard in 1940.

George Stevens enlisted in the U.S. Army during World War II. He became a lieutenant colonel and was in the U.S. Army Signal Corps. He was in charge of the unit that filmed the Normandy landing, and also filmed at the Dachau concentration camp when the prisoners were freed. He hot other footage as well, some of which was used during the Nuremberg Trials. His footage was archived into the National Film Registry by the Library of Congress in 2008. It is considered an “essential visual record” of World War II.

Between 1930 and 1970, George Stevens filmed or directed over 50 movies, documentaries, short films, and series.

Amongst his many works, the outstanding achievements of George Stevens would be A Place In The Sun and The Diary of Anne Frank.

George Stevens won accolades with many awards and honors over the years, some of which include:

From the 16 movies he directed, 15 Academy Awards were won – an outstanding achievement.

During World War II, for his filming efforts on location, Stevens was awarded the Legion of Merit.

His second marriage was to Joan McTavish in 1968, and they were still together when he died in 1975.

George Stevens Jr. followed in his father’s footsteps and joined the film industry as well. He became a writer, producer, and director, for both film and television.

George Stevens will always be remembered for such movie greats as The Diary of Anne Frank, A Place In The Sun, and Giant. Not only will his work be remembered, but he has passed on through the upcoming generations his love of working in the film and television industry with both his son and grandson following in his footsteps.