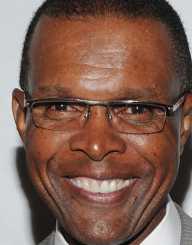 Gale Eugene Sayers was born 30th May 1943, to Roger and Bernice Sayers. He was born in Wichita, Kansas, in the United States. Gale Sayers had two brothers – one older and one younger, both of whom also became elite athletes. His father was a farmer as well as an auto mechanic.

Gale Sayers studied at Omaha Central High School and was a very talented footballer as well as in track and field. He was approached by several colleges but decided he would attend the University of Kansas to play college football.

1962 was his first year on the team, and he led the Big Eight Conference. The following year, in 1963, Sayers set an NCAA Division I FBS record by doing a 99-yard run when playing against Nebraska. He was awarded first-team All-America honors from five different sources, including, the American Football Coaches Association (AFCA), and the Football Writers Association of America (FWAA).

1964 was his senior year, and Gale Sayers once again earned first-team All-America status from the same panel as the previous year.

In his first season, Gale Sayers broke the NFL record for touchdowns, scoring 22. His coach ranked him right up with the champions from their club, and he finished the season being voted NFL Rookie of the Year.

His second season continued where the first left off, with v continuing to perform outstandingly, breaking more NFL records, and having a stellar season. His form continued in 1967, and he finished with his third straight appearance at the Pro Bowl, where he was awarded Player of the Game.

1968 started extremely well but ended early when Gale Sayers sustained a right-knee injury. He tore his anterior cruciate ligament, as well as other ligaments.

Gale Sayers returned in 1969. His speed was diminished, but he still had a wonderful season and finished with the NFL’s Comeback Player of the Year award.

Gale Sayers suffered another injury during the preseason of the 1970 season. It was bruised to the bone in his left knee. He tried to play through the injury in the first game but then had to sit the next two games out.

He returned for the fourth game but was still severely impacted by the injury. He had surgery the next week and missed the rest of the season. During his break from playing that year, Gale Sayers did schooling to become a stockbroker.

In 1971, Gale Sayers tried to make a comeback. He sustained yet another injury which saw him out for the rest of the season. He tried to make one more comeback in 1972, but after one game and an awful performance, he retired from professional football.

Gale Sayers took up a role in the athletic department at the University of Kansas. He was there for three and a half years and then joined the Southern Illinois University in 1976 as their athletic director. He stayed in the position for five years and resigned in 1981.

In 1984, Gale Sayers went into business for himself. He established the Crest Computer Supply Company, which later became Sayers 40 Inc. He serves as the Chairman, and the business has expanded from Chicago to include offices in Illinois, Massachusetts, Florida, and Atlanta.

It is believed that Sayers sued the NFL in September 2013 in relation to the league being negligent in the manner it handled all the head injuries he received during his career. It was claimed Gale Sayers had regular headaches and short-term memory loss since retiring. The case was later withdrawn, with Sayers saying he did not give his permission for the filing.

In January 2014, however, Gale Sayers filed a new case with six other former players.

In 2013, Gale Sayers was diagnosed with dementia.

Gale Eugene Sayers received many awards and honors, some of which include:

1973:   Inducted into the Nebraska Sports Hall of Fame

1977:   Inducted into the Pro Football Hall of Fame

Gale Eugene Sayers and his wife support the Cradle Foundation, which is an adoption organization.

They have also established the Gale Sayers Center in Chicago which is an after-school program for young children. It focuses on leadership and mentoring.

Gale Eugene Sayers is also involved in fundraising at the University of Kansas Athletic Department.