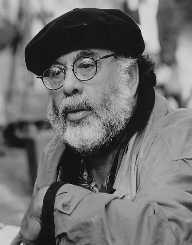 Francis Ford Coppola is an American director and screenwriter and is best known for his work on the films, Patton, The Godfather, The Godfather Part II and Apocalypse Now.

Francis Coppola was born on 7 April 1939 in Detroit, Michigan. Both his parents, Carmine Coppola and Italia née Pennino, were the children of Italian immigrants. Coppola has two siblings, August and Talia. He is also uncle to the actors Nicholas Cage and Jason and Robert Schwartzman. Coppola’s father worked as a flutist in the Detroit Symphony Orchestra. He also performed on a radio show that was sponsored by the Ford Motor Company and Coppola was given the second name Ford in honor of this.

His father received work with the NBC Symphony Orchestra when Coppola was two years old, and the family moved to New York. Coppola contracted polio and spent long stretches of his childhood bedridden. During his bouts of sickness, he would produce a homemade puppet theatre. His interest in theatre was greatly influenced by reading A Streetcar Named Desire.

Francis Coppola also produced home movies as he became increasingly interested in filmmaking. His brother August worked as a writer and this too impacted young Coppola’s choice of career. Coppola attended twenty-three different schools during his childhood. He played the tuba and initially considered following in his father into a career in music. He went to Hofstra College to study engineering but became increasingly interested in drama.

At college, he became the head of the drama society and the musical comedy society. He would oversee weekly productions by the societies. He met the actor James Caan at Hofstra and would later cast him in some of his movies. Coppola also studied at UCLA and did graduate work at the University’s Film School. He met Jim Morrison, the lead singer of The Doors, while in UCLA.

While at UCLA Francis Coppola worked on a number of short and unsuccessful films. Coppola worked on redubbing foreign films, low budget horror and softcore movies. He began to earn some notice for his screenwriting in the late 1960s. You’re A Big Boy Now, which Coppola made in 1966 the film served as Coppola’s thesis and was nominated for two Golden Globe Awards.

Off the back of his success Coppola was given control of the musical Finian’s Rainbow, which starred Fred Astaire. The film was not a big success, owing partly to the decline in the popularity of musicals. Coppola won the Golden Shell award at the San Sebastian Film Festival with his 1969 film, The Rain People. Even at this early stage Coppola became annoyed at studio interference, this was primarily linked to Coppola running over budget.

He began work on trying to set up a production company with George Lucas. His dislike of the studios and his control of his projects placed Coppola firmly in the New Hollywood movement in filmmaking. The campaign had taken root in the mid-1960s and featured other major filmmakers like Stanley Kubrick, Mel Brooks, Brian De Palma, Martin Scorsese and Ridley Scott.

Francis Coppola co-wrote the script for the 1970 biopic of US army hero George Patton. The film Patton would net Coppola his first Academy Award for best screenplay. Coppola’s version of the script was initially rejected by the studio, but the film’s lead actor, George Scott refused to do any version other than Coppola’s.

Francis Coppola followed the success of Patton with his 1972 gangster epic, The Godfather. The film charted the rise of a young Italian American, played by Al Pacino, to the head of a crime family. The work on the film was dogged by Paramount studio interference. Firstly they did not initially want Coppola to direct and then they attempted to prevent him casting Marlon Brando in the titular role. The film was a smash hit both critically and commercially. Even today the film is ranked among the finest ever made.

Next for Francis Coppola was writing, directing and producing, The Conversation. The film was a psychological mystery and starred Gene Hackman and also featured a young Harrison Ford. The film won the top prize, The Palm d’Or, at the Cannes Film Festival. The same year, 1974, Coppola released The Godfather Part II. The original final cut of the film was five hours long, and the film focused on two main storylines, one on Al Pacino’s character from the first movie and the other of Marlon Brando’s character from the first film, now played by Robert De Niro.

The film was the last major film to be shot using technicolour and the first sequel to use Part II in its title. It was just as big a hit as the original film, with some critics claiming it was even better. It became the first sequel to win Best Picture at the Academy Awards. With his status as a top director enshrined by his run of success Coppola began working on Apocalypse Now, a war film set during the Vietnam War.

The filming of the movie was a disaster and became a running Hollywood joke. The movie was hampered by constant delays and ran way over budget. Coppola’s leading man, Martin Sheen, suffered a heart attack during production and Marlon Brando had ballooned in weight. The military extras and equipment that had been supplied to Francis Coppola needed to be redirected to fighting rebels in the Philippines.

Despite all of these obstacles the completed film was a triumph. The film grossed a hundred and fifty million dollars and won the Palm d’Or and was nominated for eight Academy Awards. Coppola though would never again reach the heights he did in the 1970s. Coppola’s next film, One from the Heart, bankrupted his studio. Coppola was then forced to work on film’s he had little or no interest in to cover his losses.

However, Francis Coppola suffered a poor run in the 1980s with commercial bombs like The Cotton Club, only interspersed with one major hit, Peggy Sue Got Married. Coppola record slightly with the 1990 release of The Godfather Part III although the film was able to make good at the box office it was panned by critics. This followed by another box office hit with Bram Stoker’s Dracula. The film seemed to suggest that Coppola was returning to form, but the rest of the 1990s only featured disappointments. His later films, Tetro and Twixtare also seen by most as failures.

Francis Coppola married Eleanor Neil in 1963. Eleanor released a documentary based on the production problems faced by Apocalypse Now titled, Hearts of Darkness: AFilmmaker’s Apocalypse, which was released in 1991. The Coppolas had three children together, Gian-Carlo, Roman and Sophia Coppola. Sophia would act in some Coppola’s films and is an accomplished director herself.Gian-Carlo died in a car accident while still young.

Francis Coppola has been nominated for fourteen Academy Awards for his directing and writing. He has won six Academy Awards, three for writing, one as a director, one as a producer and one-lifetime achievement award. He was also nominated for ten Golden Globes, of which he won four. He is one of only eight filmmakers to win two Palm D’ors.