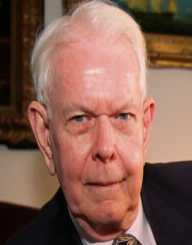 Charles Hamilton was one of the greatest handwriting experts of the 20th Century. He was born in the year 1914, in Ludington, Michigan. So, he got raised in the same area where he went on to study English Literature. Sometime later he got to serve in the military. Then in the later year, Charles Hamilton went on to professionalize his passion for autographs. So, many people sought after his work as an expert to help verify many jobs.

Some of his incredible achievements in this field were to verify the works of famous people like Shakespeare. Plus, he got to ascertain the diary of Hitler himself. Also, he doubled in being an author. Some of his greatest works include the Famous Fakes and Great Forgers. In his time, he also got to coin the term ‘philography’ for his found profession. Later in life, he became also an autograph dealer. Charles Hamilton met his death on the 11th of December, 1996.

Charles Hamilton Jr. was born around the year 1914 to his parents in Ludington, Michigan. Hamilton got the chance to grow up in the same area in Flint, Michigan and later they went to Los Angeles. Hamilton found the passion for his later career at a tender age. Therefore, at the age of 12 years old, he was already collecting autographs. The first autograph the young Hamilton ever put in his collection was Rudyard Kipling’s.

At the time he had just had his first adventure with the Jungle Book. This was one of Rudyard Kipling’s most famous works. So, to get the autograph of Kipling, Hamilton wrote a request and posted it. In the post, there was a dime that the young Charles has sent also. He quoted that it was his allowance from cleaning the ashes from the furnace. The money was a gesture so that Kipling would reply to his mail without cost. Later after, he joined the Beverly Hills High School. Hamilton got the chance to graduate from Beverly Hills School as a valedictorian of his class.

In the 1930s there was the matter of the Second World War that saw many young Americans enlist in the military. So, like most of the people that could, Hamilton took the opportunity to join in the United States of Americas Army Air Corp. This was in the year 1942. In his service as an Air Corp man, Hamilton won himself the bronze star due to exemplary service during the war. Also, the Army gave him other notable awards for appearing in six battles. Hamilton’s military service came to an end after almost three years when the war ended.

Life After the Army

Hamilton got the opportunity to help in one of the most prolific cases of the time, The Zodiac Killer. Also, this was after the New York police department could not move forward in the case due to lack of sufficient evidence. Sometime later, Hamilton got to review some of the so claimed Hitler’s diaries. He made the actual call of naming them as forgeries.

Therefore, the English historian that was claiming that they were real then later changed his mind. After looking at the diaries with a fresh perspective, he took Hamilton’s side. This led to the arrest and conviction of the forger in the year 1983. As a collector, Hamilton found himself in possession of several collectors’ items. Some of these include a note from Queen Isabella concerning the jewels she had sold to fund Christopher Columbus voyages.

The Work on Shakespearean Works

They have noted that some of the works of Hamilton into the works of Shakespeare are controversial. Therefore, the conclusion of Hamilton on the same actions are as too recent. Moreover, they have not had the chance to be passed through scholarly reviews to help determine their worth.

In the year 1996, on the 11th of December, Charles Hamilton Jr. met his death in the City of New York. He was around the age of 96 when he passed. Hamilton’s death came after he had made some of the greatest achievements if life and left the literature world with the same awe.