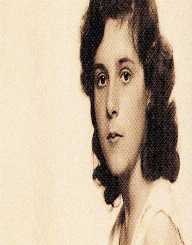 Leonora Carrington was born on April 6, 1917, in Clayton Green, Lancashire, England. She was the daughter of a wealthy textile manufacturer. Carrington had three brothers. In her early years, Carrington was educated by governesses, tutors, and nuns. She attended the New Hall School in Chelmsford but was expelled for her rebellious behavior. She was expelled from another school, and her family sent the girl to Florence, where she attended the Mrs. Penrose’s Academy of Art.

Her first introduction to surrealism was in 1927 when Carrington visited the Left Bank gallery in Paris. She later met several surrealists, like Paul Eluard. Carrington’s mother encouraged her career in art, but her father was against it. She returned to England in 1935 and was presented at Court. The same year she began attending Chelsea School of Art in London, and the following year transferred to Ozenfant Academy in London, which she graduated from in 1938.

In 1936, Leonora Carrington attended the International Surrealist Exhibition in London and saw the work of German artist Max Ernst. She met him the following year at a party in London. The two bonded instantly and went together to Paris. Ernst separated from his wife, and in 1938 they settled in Saint Martin d’Ardeche in southern France. They began to create sculptures of guardian animals and decorated their house. In 1936, she painted his portrait, marking her first surrealist work named “The Inn of the Dawn.” Her main interest was in mythical, animals and symbolism. When the World War II broke out, Ernst was arrested by French authorities, but with the help of several friends, he was released a couple of weeks later. When Nazi army invaded France, Ernst was arrested again because his art was considered to be degenerate. He managed to escape and flee to America, leaving Carrington behind.

After Ernst was arrested, Carrington fled to Spain. Her fear and growing delusions culminated in her breakdown at the British Embassy in Madrid. Her parents hospitalized Carrington and given convulsive therapy. She was later released and was under a care of a nurse in Lisbon, but Carrington ran away and sought refuge in Mexican Embassy. Three years later, she wrote a book about her experience named Down Below. She explained the circumstances leading to her nervous breakdown and all the therapies that were used on her.

After Carrington fled Lisbon, she arranged a trip to Mexico with the Mexican Ambassador Renato Leduc. He was a friend of Pablo Picasso and agreed to marry Carrington to allow her to cross the Maginot line. She went to Mexico and lived there from time to time for the rest of her life. Carrington and Leduc officially divorced in 1943.

During the 1960s, Carrington mostly lived in New York City and Mexico. In 1963, she was commissioned to create a mural El Mundo Magico de Los Mayas.

One of her best-known works was the 1973 Mujeresconciencia for the Women’s Liberation movement in Mexico. Carrington was a supporter of women’s rights and focused primarily on psychic freedom. In 1986, she received the Lifetime Achievement Award for her political commitment at the Women’s Caucus for Art convention in New York.
Carrington’s second marriage was to Emerico Weisz, a photographer from Hungary, who was the darkroom manager for Robert Capa during Spanish Civil War. The couple had two sons, Gabriel and Pablo. Gabriel became a poet, but Pablo was a doctor and Surrealist artist. Carrington died on May 25, 2011, 94 years old at the time.

Throughout her career, Carrington focused on magical realism and alchemy. She often used autobiographical details and symbolism in her paintings. One of her major topics was female sexuality. In her 1938 painting “Self Portrait” she offers her interpretation of sexuality. This painting marked a move away from the traditional male role of the Surrealist movement. Her first exhibition took place in 1947 at the Pierre Matisse Gallery in New York City.

Carrington was also a writer, and her book The Hearing Trumpet is about aging and the female body. Her latest exhibition took place at the Chichester’s Pallant House Gallery in West Sussex in 2010. In 2005, her painting Juggler was auctioned for $713,000- the highest price paid for a work of living surrealist painter.