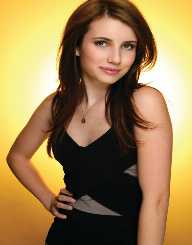 Emma Roberts was born on February 10th, in 1991. Her place of birth was in Rhinebeck, New York. Before building a successful career for herself, she was already famous for being the daughter of famed actor Eric Roberts. She is also the niece of the renowned Julia Roberts. She has earned recognition for featuring in films such as Nancy Drew, Wild Child, The Art of Getting By and Valentine's Day.

Emma Roberts was born on February 10th, 1991. His paternal father is Eric Roberts who had an affair with Kelly Cunningham. Their relationship led to the birth of Emma Roberts. This relationship did not last long as the couple went separate ways before Roberts was a year old. As a result, she was raised by her mother and stayed away from her father. Roberts, however, maintained a close relationship with the sisters of her father including Julia and Lisa Roberts. Her close relationship to Julia contributed to her strong interest in acting. This paved the way for her uncredited role in America's Sweethearts when she was only eight years old.

Roberts continued auditioning for film roles, and she landed on her debut role in the film Blow -2001. Around this time, she schooled at The Archer School for Girls for a short period. Most of her early education was basically from homeschooling. Other early films that she appeared in include bigLove – 2001, Grand Champion – 2002 and Spymate – 2003.

Roberts made her first TV appearance in 2004 while playing the role of Addie Singer in the series Unfabulous. As a professional singer, she went on to perform for the soundtrack that would be used in the Unfabulous series. This song was Unfabulous and More, and it was released in 2005.

While acting in Unfabulous Roberts earned roles that were meant for “tween audience.” She first played the role of Claire Brown in Aquamarine – 2006. The coming year, she cast as Nancy Drew in Nancy Drew. This was a role that brought nationwide attention to her career as an actor. In 2008, she featured in films such as The Flight Before Christmas, Wild Child, Lymelife and Hotel for Dogs. In 2010, she was also busy in the movie industry playing some well-received films including Valentine's Day, Twelve, 4.3.2.1, It's a Funny Story, and Virginia.

After this period, Roberts went to college at Sarah Lawrence College before coming back as a full time acting professionally. She landed an essential role in Scream 4 – 2011 and also played Sally Howe in The Art of Getting By during the same year. Some of the most recent films that she has worked include We're the Millers – 2013, Ashby – 2015, Nerve – 2016 and Billionaire Boys Club – 2017.

In 2014, Roberts got engaged to Evan Peters, her co-star in the American Horror Story TV series. They however separated, and she began courting Christopher Hines in 2016. Recently, the rumor was out in the streets that Roberts and Peters were dating again.

In 2009, Emma Roberts became the product ambassador for Neutrogena Company. This prompted her to feature in print and TV ads for the company. She has been credited some times in 2007, 2008 and 2009 for being best-dressed individual by the Teen Vogue magazine.