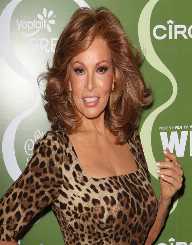 American actress Raquel Welch was born on the 5 September 1940 in Chicago, Illinois to Armando Urquizo and Josephine Hall. She has two siblings, a sister Gayle and a brother James. Welch is of Bolivian, Irish and English ancestry. When she was still an infant, her family relocated to San Diego, California and she was raised there. By fourteen years of age, she was winning beauty contests including Miss San Diego and Maid of California.

Welch was a pupil at La Jolla High School from which Raquel Welch graduated in 1958. She also did drama classes at San Diego State College and began appearing in local productions.

Raquel Welch worked as a weather forecaster on the KFMB television station in San Diego. After divorcing her first husband, Welch moved to Dallas, Texas where she worked as a Neiman Marcus model and as a cocktail waitress. Around this time, she was introduced to Hollywood agent Patrick Curtis, and he became her manager. Early appearances included A House Is Not A Home (1964) and Roustabout (1964). Television appearances included Bewitched, The Virginian, McHale S Navy and The Hollywood Palace. She then appeared in A Swingin’ Summer in 1965 and shortly afterward was offered a contract by 20th Century Fox.

Empire magazine nominated Raquel Welch one of the 100 Sexiest Stars in Film History. She was also voted number 2 in the Men’s Health magazine on their Hottest Women of All Time list.

Her autobiography, Raquel: Beyond The Cleavage was published in 2010.