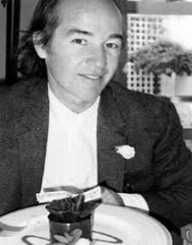 Eddie Dodson was born o December 24th, 1948. Dodson had to be raised by a single mother and his grandmother because his father died shortly after his birth. In 1967, Dodson graduated from high school and joined the University of North Carolina as an art student.

During his early years, Dodson often went to church, played baseball and also a member of the school band. His first arrest came in 1972 after cops for selling marijuana to friends. Afraid of a possible conviction, Dodson fled from North Carolina.

Eddie Dodson's lawyer managed to get the drug charges against him dropped. He then opened a popular store on Melrose Avenue. The store would later see Dodson meet celebrities including Liberace, John Lennon, and Barbra Streisand.

He started living lavishly and spent a lot of money on heroin and cocaine. Soon, he could not cope with the lifestyle and began immersing into debts. He then turned to rob banks. He single-handedly robbed a record 64 banks, the highest in the U.S history.

His arrest came in 1984, convicted and served ten years in prison. After serving his term, he went on to work shortly as caretaker for director and actor, Jack Nicholson. He later resumed drug use and robbed another eight more banks.

His following sentence of 46 months in prison did not last long. He secured a release because of declining health condition.

Eddie Dodson died on February 21st, 2003. Troubled by cancer effects and Hepatitis C, he died at UCLA Medical Center as a  result of liver failure.