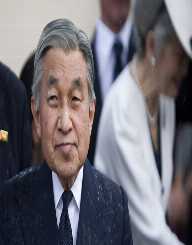 Emperor Akihito is a very ideal and reputable emperor and one of the few emperors who have this status. He is a very kind nature that is always ready to make peace with other nations like he did with China and some other Asian nations. He is an active and ideal emperor of Japan. The whole world always praises his humility and ability to foster friendship. One thing that made him enter the mind of the people the more was his inspiring speech after the Tsunami. After the devastating Tsunami which sent shockwaves down the spine of the Japanese. Akihito, instead of bringing their spirit down lit a light of hope in their lives.

Akihito helped overcome the shock that the catastrophe caused. Surprisingly, the emperor is a very renown scholar that is known for his many types of research works on molecular biology. He is also known to have published most of his works in different science journals. He studies especially the Gobiidae, which happen to be a taxonomy for a form of fish.

Akihito was born on the 23rd day of December 1933 into the royal family of Emperor Hirohito and Empress Nagako. His name was originally Prince Tsugu but was later changed before he ascended office. Being the eldest son of his parents, he became the crown prince. He was initially taught by different private tutors before he moved to Peers Schools. There he studied between 1940 and 1952 before he left for Japan. It was during that period that he learned English from Elizabeth Vining, an American author. By 1952, he went ahead for his university education in Gakushuin University education. He, however, failed to complete his studies and was subsequently crowned the Prince at the Tokyo Royal Palace, the same year.

Akihito attended the coronation ceremony of the Queen of England, Queen Elizabeth II in 1953 almost immediately of being crown the Prince officially. He also visited other places in America and Europe at this period. Following his father’s, Hirohito, death, he succeeded the father as the emperor of Japan in 1989.

He later became the 125thEmperor of Japan on November 12, 1990. His name throne was designated as Heisei which was literarily translated to Achieving Peace. He was also known to have inherited some important and highly prized possessions in the royal family. The royal possessions include the Mirror of the Sun goddess Amaterasu Omikami, the royal sword and beads.

Things changed for him in the 1940s during the second world war. Akihito was known to have brought about a sense of humanity to the monarchy. He visited several countries to foster a peaceful relationship. He also expressed statements of apologies to all the Asian nations that have been hurt because of Japan. The first country to receive this goodwill was China. However, in 2011, the country experienced a devastating earthquake which rumbled and destroyed many things. He, through a televised speech input hope and positivity in people. He was notable for most of his research works which are top notch. Akihito was one of the honorary members of Linnean Society London in 1980. He is also a research associate at the Australian Museum.

Akihito has a great keen in watching marine biology. He also had published several papers in different Journals including ichthyology and Gene.

Several awards have been received by the Emperor of Japan notably for the peaceful relationship with other nations. The awards received by him are Order of the Chrysanthemum. He also won the Golden Medal Award.

Akihito was married to Michiko Shoda who was then the daughter of a milling company in 1959. He has three children – Naruhito, Fumihito, and Sayako Kuroda. In addition to this, he is a blessing to everyone including his grandson, Hisahito, he claimed is a very special person being the young prince to be born in the royal family for about 41 years. He is prone to a different complaint of fever and bronchitis and often gets hospitalized frequently.

He even got the heart prepared for a bypass heart surgery. Akihito is known to have broken many laws and traditions that are regarded as valid. He became the first Emperor in the history of Japan to marry a commoner. He is still highly respected and elevated because of his good deeds.