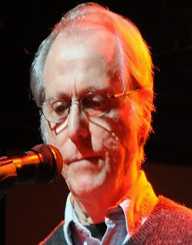 Donald Richard DeLillo was born on November 20, 1936, in New York City, United States. He is a famous American novelist and essayist who adopted the postmodernism style of literature. His significant work contributions have included subjects on television, nuclear war, sports, mathematics, the advent of the digital age, politics, and economics among several others. He first novel ‘Americana’ was published in 1971 which attracted much criticism from the public.

Don DeLillo emerged successful with his 1985 novel ‘White House’ which became his source of inspiration in later works. He was awarded the National Book Award for fiction the same year. His breakthrough became even more certain with the 1988 book titled ‘Libra’ with many copies sold out. He has won a number of awards including PEN/Saul Bellow Award for Achievement in American Fiction in 2010.

Don DeLillo was born Donald Richard DeLillo on November 20, 1936, in New York City. He grew up in the Bronx, in New York which was home to many Italian-American families. His interest in literature was little especially as a teenager, and he never loved reading. However, he slowly developed a passion for reading and started focusing on writing more.

He went to Cardinal Hayes High School and graduated in 1954. He enrolled at the Fordham University in the Bronx and graduated in 1958 with a bachelor’s degree in Communication Arts. He began working in an advertising firm since he could not secure a job at a publishing company despite several applications. He worked at Ogilvy & Mather agency for five years as a copywriter. He worked on several picture adverts and printed adverts for the company. During this period, working as an advertising agent, he never lost his interest in pursuing writing.

Don DeLillo began with his first ever writing ‘The River Jordan’ a short story he published in 1960 and featured in  ‘Epoch’ the literary magazine of Cornell University. It pushed him to begin working on his intended first novel early in 1966.

After his resignation from the advertising company in 1964, Don DeLillo rented a house close to Queens-Midtown Tunnel. He took to active writing and began patching copies of his short scripts for his first novel. In 1971, he wrote his first novel ‘Americana’ which gained widespread recognition. The novel depicts an American programmer in search of what he considers the broader scope through a film project.

Don DeLillo settled in Greece where the other parts of his works were done. In 1982, he wrote ‘Names’ a thriller’s novel which took him three years to complete. He returned to the United States and published what would be his most remarkable work ‘White House’ in 1985. This publication gave him an ascent to fame and widespread acclaim earning him the National Book Award for Fiction.

In 1975, Don DeLillo married Barbara Bennett, a landscape designer. He is currently eighty one years old.