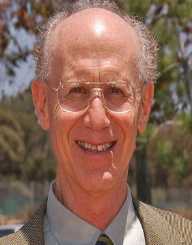 Jonas Salk is one of the admired heroes of science. Even then he seems to have occupied a relatively tiny space on libraries. Jonas was born with a call. His invention has drastically changed many people’s lives. Allow me to call him a vaccine hunter. In other words, Jonas was a medical researcher and American Physician who developed the first efficient and safe vaccine for polio treatment.

Before the vaccine entered into force, polio was considered as a terrifying public health problem in 1952. Before the World War I in the US, about 60,000 cases were reported with over 4,000 patients succumbing to the polio illness. Others were left mild and paralyzed. His scientific research has positively changed the lives of people around the world. In fact, until today the vaccine is still used to eradicate the effects of the illness.

On October 28, 1914, Jonas Salk was born in New York City, United States to Dora Salk and Daniel Salk. He was the eldest brother of three siblings. Jason attended the Townsend Harris High School. He studied and worked hard throughout his school life. Jonas graduated from high school and later joined City College of New York. He graduated with a bachelor degree in chemistry in 1934.

After one year Jonas Salk attended New York University where he majored at the Medical course. His intelligence and curiosity, made him turn into a remarkable student. After four of years of research, he received his degree. The same year, Salk got a chance to work with Thomas Francis Jr. a legend in the research department.

In 1942 Jonas Salk collaborated with Thomas Francis at University of Michigan. It was during this period that he decided to join the virology (study of a virus) department. He continued to serve at Mount Sinai Hospital, but he didn’t forget about his research. In 1947 Jonas worked as the head of virology at the University of Pittsburgh.

In 1952 Jonas Salk started to work on the shocking virus (Polio). After several tests, he tested the vaccine on one child, Charlotte Jacobs on April 28, 1954. Luckily, the vaccine became useful, and it became available across the U.S.

Jonas Salk continued to serve at the University of Pittsburg but as a professor in medical field and bacteriology. In 1963 he helped in creating the Institute of Biology Studies in California. The name was later changed to ‘Salk Institute.’ Over a decade Jonas continued to serve as the director of more than one institute.

A substantial problem arose when several drug companies practiced an inappropriate production of the Salk vaccine. In the process, hundreds of children died, and others became ill because of the contaminated vaccine.

In 1963 Jonas Salk opened the Salk Institute for Biological Studies in California. He managed to combine efforts with other researchers. As a result, he studied several problems about the body autoimmunization. In short, it was the process where the human bodies resist accepting other foreign materials such as an organ transplant.

Jonas Salk hard work paid off when he received outstanding achievers in the medical science department. He was also recognized at the California Hall of Fame. In 2007 Salk was honored with membership by Governor Arnold Schwarzenegger.

In 1939 Jonas Salk became the Managing Director of medicine institute. The same year he married Donna Lindsay. The couple was blessed with three children; Peter Salk, Jonathan Salk, and Darrell Salk. After 39 years of marriage, the couple parted ways.

In 1970 Jonas married his second wife, Francoise Gilot. The ever-living virologist died at the age of 80 due to cardiac arrest on June 23, 1995. His legacy will always be treasured for eternity. Till now Salk invention has saved millions of people across the globe.