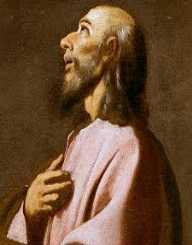 Francisco De Zurbaran is a famed Spanish artistic painter who lived during the 16th century. His mostly religious paintings were highly valued by the monks in the monastery, royal personalities and settlers in the Spanish colonies in the Americas.

Francisco de Zurbaran was born to Luis Zurbaran and Isabel Marquez. The year of his birth is documented as 1598 in Fuente de Cantos. His baptismal date is November 7, 1598. As in most traditional Catholic communities, an infant is baptized soon after birth. Zurbaran could have been born in late October or early November 1598.

After his parents noticed his love for art, his father sent him to study painting at the age of 16. Zurbaran spent the next three years in Seville under the tutelage of Pedro Diaz de Villanueva.

In January 1626, Francisco De Zurbaran was commissioned by the head prior of a Dominican monastery in Seville. For the next eight months, he painted 21 artistic works, mostly depicting religious figures. Zurbaran became an instant celebrity in Seville and Spain. In August 1628, he got another contract from another religious order. The Mercedarian Monastery paid him for 22 paintings. As his popularity grew, Zurbaran was approached by the elders of the city of Seville to be a permanent residence. He obliged and made the city his hometown.

His breakthrough came in 1630 when he was 32 years. The king of Spain Phillip IV commissioned Zurbaran as the royal painter for the royal household of Spain. Zurbaran continued to paint for several monasteries during his royal appointment.

By the year 1640, a handful of young painters had appeared in the Spanish art world. Most notable was Esteban Murillo. Murillo’s style rendered Francisco De Zurbaran to the periphery. To counter his waning fortunes, Zurbaran started exporting his paintings to the new found Spanish colonies in Central and South America. His fortunes rose again, but not for long. Piracy in the high seas made merchants desist from making voyages. Zurbaran’s star was diminishing fast.

He left Seville for Madrid in 1658 and started working again with famed royal house painter Velazquez. Zurbaran chose to settle in Madrid.

Francisco De Zurbaran's paintings were noticed by many who loved his originality. Zurbaran’s style of chiaroscuro was relatively new to the audience. It was original and used only one color, grey or shades of grey. The background of almost all his paintings was blue. It also entailed real-life images with deep religious or natural emotions. At his prime, Zurbaran was compared to the Italian painter Caravaggio.

During his time, the influence of the Catholic Church in the community was immense. The contracts he got from various religious orders and the Spanish royal family gave Zurbaran a niche above the rest. His paintings were displayed in churches and royal chambers. Thus, his works got the attention of the rich and the religious faithful without Zurbaran having to organize an exhibition.

Francisco De Zurbaran married three times in his life. The first marriage was to Maria Paet in 1617. Maria died in 1624. They had three children. The following year, he got married to Beatriz de Morales. The second marriage lasted for 14 years. Beatriz died in 1639. In 1644, Zurbaran married his third wife, Leonor de Torder.

The most common factor with his three wives is the fact that they were all from wealthy nobility. This made him mingle with the rich and famous of the Spanish society then. Zurbaran got the rich life he always wanted.

Francisco De Zurbaran was a natural painter. He painted on anything, from paper to canvas. His versatility and diverse ideas also made him the most sought-after artist in Spain. He painted for the church, rich individuals and the royal family. Zurbaran had no barriers in his painting. His depiction of well-known religious figures as martyrs endeared him to his admirers. Zurbaran had no barriers in his paintings.

His paintings have been exhibited in learning institutions and museums in Spain, South America, and England. He also nurtured talented artists to become world acclaimed painters. So famous were the paintings of his protégés, most people thought they were Zurbaran’s. Visible names of his students are Bernabe de Ayala and the Polanco brothers. He died on August 27, 1664, at the age of 65.