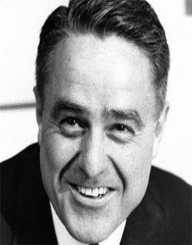 Robert Sargent Shriver Jr. was born 9th November 1915 to Robert and Hilda Shriver. He was born in Westminster, Maryland, in the United States. Shriver had an older brother named Thomas.

Shriver did his high school education at Canterbury School. He was awarded a scholarship to the school, and he played on three different sporting teams for them. Shriver graduated in 1934 and then spent the summer in Germany.

Sargent Shriver then enrolled at Yale University. While he was at Yale, Shriver was one of the founders of the America First Committee, which was a group opposed to America being part of World War II.

Even so, Shriver joined the U.S. Navy because even though he didn’t agree with the government’s participation in the war, he believed he must support his country.

From 1941 to 1945, Sargent Shriver served in the Navy. After being discharged from the Navy, Shriver found a job at Newsweek as an assistant editor. It was shortly after this that he first met the Kennedys.

He met Eunice Kennedy at a function, and then met her father, Joseph P. Kennedy Sr. JosephP. Kennedy Jr. had died while on active duty, and Kennedy Sr. asked Shriver to have a look at his son’s diary.

Kennedy Sr. then offered Shriver the management role at Merchandise Mart, which was owned by the Kennedys and based in Chicago.

Sargent Shriver was then admitted to the bar in the Districts of Columbia, and New York, as well as the U.S. Supreme Court. During the 1950s, he was President of the Chicago Board of Education.

Shriver joined the team of his brother-in-law, John F. Kennedy when Kennedy ran for president. While Kennedy was president, Shriver became first the director of the newly established Peace Corps. The role began in March 1961, and he held the position until February 1966.

He continued in the role after the assassination of President Kennedy. Shriver was also Special Assistant to President Lyndon Johnson. While working for Johnson, Shriver established various programs to help with social justice.

In 1968 he became the U.S. Ambassador to France, and he was in the position for two years.

Sargent Shriver was running mate with George McGovern for the 1972 presidential election, but they lost to Richard Nixon. Shriver then tried to get the Democratic nomination to run for the presidency in 1976, but he wasn’t successful, and he then returned to private life.

In 1971 he began working with a legal company in Washington, D.C., called, Fried, Frank, Harris, Shriver & Jacobson. He was with the firm until 1986 when he retired.

In 1984, Shriver became President of the Board of Directors for the Special Olympics. In 1990, he became Chairman.

Among his awards and honors, Sargent Shriver had several medals from serving during World War II, including, the Purple Heart Medal, the World War II Victory Medal, and the American Campaign Medal.

In 1994, he received the Presidential Medal of Freedom.

In 1953, Sargent Shriver married Eunice Kennedy. The couple had five children, and they were married for 56 years, until Eunice’s death in August 2009.