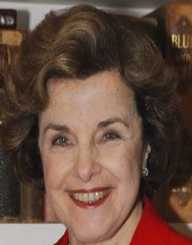 Dianne Emiel Goldman was born 22nd June 1933, to Leon and Betty Goldman. She was born in San Francisco, California, in the United States. Her father was a surgeon, her mother, a former model.

In 1969, Dianne Feinstein was appointed to the San Francisco Board of Supervisors (SFBS).

During this period, Feinstein ran for mayor of San Francisco in 1971 and 1975, but she was unsuccessful on both occasions.

While she was on the Board of Supervisors, she became a target of the New World Liberation Front. Fortunately, she didn’t come to any harm, despite a bomb being placed on her windowsill, and windows being shot out at her beach house.

In 1978, Dianne Feinstein was elected as President of the SFBS. Later that year, two members of the SFBS were assassinated by a rival politician who had resigned from the Board of Supervisors just two weeks earlier. She had been on the Board for nine years, but after the death of Moscone, one of those assassinated, Feinstein was the successor to the position of Mayor of San Francisco, which she took up in December 1978.

Feinstein finished Moscone’s term, and in 1979, was elected on her merit. She was re-elected in 1983 for a second term. As Mayor, she tackled various issues such as overseeing the San Francisco cable car system which was in a terrible state. She was able to secure federal funding for most of the $60 million required for repairs. The system had to be closed for refurbishment, but it opened just in time for the 1984 Democratic National Convention.

Being her person, Dianne Feinstein refused to march in the gay rights parade, which angered many from the gay community. She also vetoed the domestic partner legislation in 1982. She also put forward a proposal to ban hand guns in the San Francisco area. The White Panther Party tried a recall attempt, but Feinstein won and served out her second term.

In 1990, Feinstein ran for Governor of California but was unsuccessful. She won her party’s endorsement but lost to the Republicans in the general election. She was fined $190,000 for not fully disclosing all the contributions and expenses related to the campaign.

In 1991, Senator Pete Wilson had vacated his Senate seat to become Governor. In 1992, Dianne Feinstein won the special election that was held to fill the seat. She became the first Jewish senator in the United States. She was very popular as a Senator and was re-elected four times – in 1994, 2000, 2006, and 2012.

Among her awards and honors, Dianne Feinstein has the following:

2001:   Awarded the Woodrow Wilson Award for Public Service by the Smithsonian Institute

2002:   Awarded the Nathan Davis Award by the American Medical Association

In 1956, Dianne Feinstein married Jack Berman, a fellow worker at the San Francisco District Attorney’s Office. They had a daughter but divorced in 1959.

In 1962, she married Bertram Feinstein, a neurosurgeon. She was still with him at the time of his death in 1978.

Feinstein married for a third time in 1980, to Richard C. Blum, an investment banker.

In early 2017, Feinstein had a pacemaker inserted.