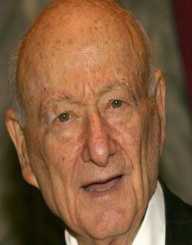 Edward Irving Koch was born on December 12, 1924. He was an America politician and lawyer. He was also a political commentator and reality television arbitrator. In 1978, he became mayor of New York City, a post he held up to 1989. He also served in the United States House of Representatives. He died on February 1, 2013, at the age of eight nine.

Edward Irving Koch was born on December 12, 1924, in The Bronx in New York City, United States of America. He was born to Yetta and Louis Koch. When he was young, he worked in a Newark Dance Hall as a hatcheck boy. He attended South Side High School, Newark.

In 1941, he graduated from high school. In 1943, he joined the United States Army. He served with the 104th Infantry Division as an infantryman. Koch knew German, so he was sent to Bavaria to assist in the removal of Nazi officials from their jobs and get people who were not Nazis to replace them. In 1946, he discharged honourably from the army as a sergeant.

He was a Democrat who was active in politics. He opposed Carmine DeSapio and Tammany Hall. In 1963, he became the Democratic Party leader defeating DeSapio. In 1965, he again won the leadership seat. In 1967, he became a member of the New York City Council, a post he held up to 1969.

In 1982, he ran for the position of Governor of New York, but he lost to Mario Cuomo. In 1984, he published the memoir ‘Mayor’ which became a best seller. In 1987, he suffered from a stroke, but he recovered and was able to continue with his mayoral duties. In 1989, he ran for mayor, but he lost to Manhattan Borough. He later became a partner in the law firm Robinson. Silverman, Pearce, Arosohn & Berman LLP.  He also became a political commentator.

Ed Koch became an adjunct professor at New York University. In 1997, he became a judge on ‘The People’s Court,’ a post he held up to 1999. In 1999, he was appointed a visiting professor at Brandeis University. He later became a host of his online movie review show ‘The Mayor at the Movies.’ In 2004, he wrote a children’s book titled ‘Eddie, Harold’s Little Brother.’

Ed Koch remained a bachelor all his life though there might have been rumours that he was a homosexual. He died on February 1, 2013, of heart failure at the age of eighty nine. His remains were buried at the Trinity in Church Cemetery.