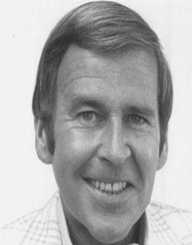 Paul Edward Lynde was an American actor, comedian, and voice artist. Born on June 13, 1926, he gained fame with his role as Uncle Arthur on Bewitched from 1964–71. Also known for his performance as Harry MacAfee in the film Bye Bye Birdie, 1963, Lynde had a campy and snarky acting identity. In addition to several acting roles, he was also a panelist on the game show Hollywood Squarest.

Paul Edward Lynde served from 1968 to 1981. Aside from that, he lent his voice for some works of Hanna-Barbera productions. He voiced Templeton in Charlotte’s Web, Claude Pertwee on Where’s Huddles? And Mildew Wolf on It’s the Wolf.

Paul Edward Lynde was born on June 13, 1936, in Mount Vernon, Ohio. He was the son of Sylvia Bell and Hoy Corazon Lynde. Lynde received education at Mount Vernon High School, graduating in 1944.

Afterward, he enrolled at Northwestern University in Evanston, Illinois, where he studied drama. His schoolmates included Charlotte Rae, Cloris Leachman, Claude Akins, and Patricia Neal. He became one of the famous members of the Upsilon chapter of the Phi Kappa Sigma fraternity. Lynde graduated in 1948.

Following his graduation, Paul Lynde moved to New York City, where he worked as a stand-up comedian. Subsequently, he ventured into acting making a Broadway debut in New Face of 1952.

He co-starred with the likes of Carol Lawrence, Eartha Kitt, Alice Ghostley and Robert Clary. The film version of the show was “New Faces,” released in 1954. He then appeared in the sitcom Stanley, 1956, opposite, Carol Burnett and Buddy Hackett.

In his return to Broadway, he played Harry MacAfee, in Bye Bye Birdie, 1960. He also reprised the role in a film adaptation of the show in 1963. In addition to acting, Lynde released the LP, Recently Released, in 1963.

Paul Lynde rose to fame in the 1960s, becoming one of the most sought for actors of the time. As such, he appeared on The Perry Como Show on NBC from 1961 to 1962. He also appeared in sitcoms like The Phil Silvers Shows, The Flying Nun, I Dream of Jeannie and F Troop. Lynde was also on variety shows like The Dean Martin Show, and The Ed Sullivan Show.

Paul Edward Lynde gained fame with his appearance on the sitcom Bewitched. He first appeared as Harold Harold in the episode "Driving Is the Only Way to Fly." After a well-received role, he subsequently played Uncle Arthur in ten more episodes.

Lynde lent his voice animated cartoons, especially for Hanna-Barbara Productions. Did he voice the Hooded Claw in The Perils of Penelope Pitstop, and Pertwee from Where’s Huddles? Others include the Mildew Wolf on It’s the Wolf and Templeton in Charlotte’s Web.

Hollywood Squares and others

Paul Lynde made a debut on the new game show Hollywood Squares in 1966. His witty persona quickly propelled him as the iconic guest star of the show. Later, he became the “center square” of the show. This ensured that contestants called upon him at least one in every round.

As a result of his intense popularity, Paul Lynde continually gained several juicy roles. He played Paul Simms in the short-lived ABC sitcom, The Paul Lynde Show, in 1972. The show co-starred Elizabeth Allen, Pamelyn Ferdin, Anne Meara, and Jerry Stiller. Lynde earned a nomination for Best Actor Golden Globe for his role. Due to low ratings, the show canceled after the first season.

Subsequently, he joined Temperatures Rising for the 1973 to 1974 season replacing James Whitmore. Lynde joined the Kenley Players summer stock theatre circuit. During this period, he appeared in Don’t Drink the Water in 1970 and 1979.

The popularity of Paul Lynde earned him a contract with ABC as host of some specials. He served from 1975 to 1979. He hosted The Paul Lynde Comedy Hour with Nancy Walker, Jack Albertson, and Osmond Brothers.

Paul Lynde was perceived as gay. Throughout his career, he struggled with alcohol, resulting in several arrests for public intoxication. However, by early 1980, he had become drug-free. Lynde died on January 10, 1982, in his Beverly Hills, California home. He died age 55. His remains were cremated. He was later buried at Amity Cemetery in Knox County, Ohio.