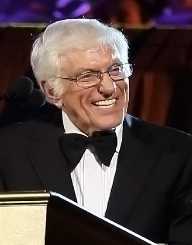 Dick Van Dyke was born on December 13, 1925, in West Plains, Montana, USA. His parents were Hazel and Loren Van Dyke. He also has a brother: Jerry Van Dyke.

In the early 1940’s, Dick Van Dyke joined the military but was not recruited as an average soldier, but as an entertainer. While with the military, he hosted an entertainment radio station. He did this until the end of World War II, in 1945.

After the war was over, Dick Van Dyke continued to work in radio, but for private businesses and stations instead of for the military. One of the major stations he worked with during his time on the radio was CBS.

Unbeknownst to many, Van Dyke’s acting career began with a stint in the theater, and on Broadway, no less. His first Broadway acting gig was in 1959 when Dick Van Dyke performed in the play The Girls Against the Boys. In the next year, he performed in the musical Bye Bye Birdie, which would go on to be the most famous theater act Van Dyke would become involved with. He would later act in a film based on this play in 1963.

After his television career began, Dick Van Dyke did not spend much time in the theater. He did not perform in another Broadway play until 1980 when he had a role in The Music Man. Van Dyke’s most recent (and only other) Broadway credit was the play Chita Rivera: The Dancer’s Life, which he performed in 2005.

Van Dyke’s television career began in the late 1950’s. His first on-screen acting was done on The Phil Silvers Show. he also had a guest role on The United States Steel Hour show.

While Dick Van Dyke did not have much screen-time in the 1950’s, his career began to pick up in the 1960’s. One of his most notable claims to fame, The Dick Van Dyke Show, began in 1961. This talk/entertainment show lasted for over 150 episodes, until 1966. Some of Van Dyke’s other major works in this decade include classic films like Mary Poppins and Chitty Chitty Bang Bang.

The 1970’s was much like the 1960’s for Van Dyke, in part because he began to host The New Dick Van Dyke Show in 1971. This show only lasted for about half as many episodes as his first series. In 1974, the new series ended. Some of the other shows and films Dick Van Dyke worked on in this decade include The Carol Burnett Show, The Runner Stumbles, and Columbo.

The 1980’s may as well have been called “the decade of the made-for-television movie” for Van Dyke, who appeared in several of those films, as well as continuing to appear on various television shows, including another variation of his own, The Van Dyke Show, which aired for one season in 1988. Some of the other projects he worked n during this decade include Matlock, The Golden Girls, and Found Money.

In the 1990’s, Dick Van Dyke worked mostly in television shows and made-for-television shows. Thi was the first decade in many that he did not have his show. He did have a recurring role in the movies Diagnosis Murder: Diagnosis of Murder and Diagnosis Murder: The House on Sycamore Street as Dr. Mark Sloan. He had the same role on a show with the same name. He also worked on the shows Coach and Becker during this decade.

In the 2000’s, Dick Van Dyke did a couple more Diagnosis Murder made-for-television movies. He also had his made-for-television movie: The Dick Van Dyke Show Revisited in 2004. He also took on several voices acting roles in the films Curious George and Batman: New Times. One of his most famous movies he acted in the 2000’s was Night at the Museum. He also acted in several Murder 101 films as Dr. Jonathan Maxwell.

Dick Van Dyke continues to act in the 2010’s. His most recent film was the made-for-television movie The Dick Van Dyke Show: Now in Living Color! Which aired in 2017. He has also been in several films like Night at the Museum: Secret of the Tomb, Life is Boring, and Stars in Shorts: No Ordinary Love. Van Dyke is currently working on the film Mary Poppins Returns which is scheduled to go into theaters in 2018.

Dick Van Dyke has written several memoirs over the years, mostly about his acting work. Some of his books are listed below.

My Lucky Life in and Out of Show Business

Keep Moving: And Other Truths About Living Well

Faith, Hope, and Hilarity: The Child’s Eye View of Religion

Over the course of his long acting career, Dick Van Dyke has won over a dozen awards and has been nominated for over a dozen more. Some of his most impressive acting awards are listed below.

Dick Van Dyke married Margie Willett in 1948. This couple had four children together: Barry, Carrie, Christian, and Stacy. However, the couple later divorced in 1984. Between his first and second marriage, Dick Van Dyke had a long romantic relationship with Michelle Triola until 2009; the relationship ended with Triola’s death. He later remarried in 2012 to Arlene Silver, who is more than forty years younger than Van Dyke.