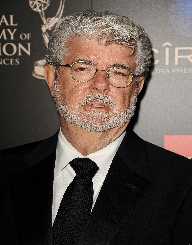 George Lucas was born on May 14, 1944, in Modesto, California, USA. His parents were George Walton Lucas and Dorothy Bomberger.

George Lucas came from a modest background. He did not always have aspirations to be a filmmaker. Initially, he wanted to be a racecar driver, but he looked for a new career path after he was in a terrible car accident. It was not until he entered college, after graduating from Downey High School, that he decided to go into films.

George Lucas began his college education by studying anthropology at Modesto Junior College. Before he graduated, he transferred to the University of Southern California and changed his studies from anthropology to films.

The first long film that George Lucas wrote was American Graffiti, which came out in 1973. This movie had a sequel in 1979. Soon afterward, he put out the first Star Wars film: Star Wars: Episode IV- A New Hope in 1977. He also wrote the other first five Star Wars movies, numerous Star Wars shorts, and even some video games and cartoon episodes. He also directed the 4th and 1st-3rd episodes of the Star Wars series.

Between Star Wars films, George Lucas made other memorable films and characters, such as Indiana Jones, the first three movies coming out in the 1980’s and the Young Indiana Jones television series which aired in the 1990s and another Indiana Jones film, still starring Harrison Ford, in 2008.

Although he has not done much else (other than some forgotten short films and video clips) the two things, he did spend most of his life doing made him incredibly famous and helped him to become one of the wealthiest and most successful writers in Hollywood.

George Lucas has also worked with several famous directors during his career, including Steven Spielberg.

Technically a part of his film career, George Lucas also established the Industrial Light & Magic special effects company. At the time it was made (late 1970’s) the company was one of the leading forces in special effects. It was this group that gave Star Wars some of the stunning impacts that it is known for today. The company has also worked on several other famous movies, including the Jurassic Park series.

In 2012, he sold Lucasfilm, his film company, and Star Wars along with it, to Disney. This earned him millions of dollars. Shortly after this purchase, Disney released the seventh installment of the Star Wars series: Star Wars: Episode VII The Force Awakens.

Throughout his long career, George Lucas has won 54 awards and has been nominated for 32 others. Some of his most essential awards are listed below.

George Lucas is the founder of The George Lucas Educational Foundation. This group encourages creativity and learning in schools around the country.

George Lucas was first married in 1969 to Marcia Lou Griffin. The couple adopted a daughter together, Amanda. However, the couple later divorced in 1983. While he was single, he adopted two more children, Katie and Jett. He did not remarry again until 2013 when he married Mellody Hobson. With Mellody, he has another daughter, Everest.