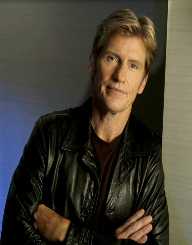 Denis Leary is a comedian & actor from America. He is known for his in-your-face style of comedy where he doesn’t hold back from making controversial remarks. He is also an author and a singer.

Leary’s outspoken comedy is considered as ranting by many. He is often in the news for his controversial remarks which he believes, adds to the flavor of his comedy.

Denis Leary is the second-born child of Nora and John Leary who produced four children. An Irish immigrant couple, Nora worked as a maid and John repaired automobiles.

Denis Leary was born on August 18, 1957, and his birthplace is Worcester, Massachusetts. His star sign is Leo, and his full name is Denis Colin Leary.

Denis Leary started working as soon as he graduated from college. He was offered a teaching job at the college, which he accepted and became an English comedy instructor. He took part in local shows and started building a fan base. In 1990, his first big break came when he launched a gig Rascals Comedy Club. His high-speed ranting was a new experience for the audience, and he received a lot of praise for his act. Denis Leary appeared on MTV’s song Shiny Happy People which became quite popular. In 1994, he got a role in The Ref. Leary is known for philanthropic work. He started a foundation named Leary Firefighters Foundation after the death of a cousin in a fire incident. He donated over $2 million to the fire department.

Leary has also been quite active in Hollywood. He voiced Diego in Ice Age. In 2003, Leary became the subject of Comedy Central Roast. Denis Leary is also a well-known author. His 2008 book Why We Suck: A Feel Good Guide to Staying Fat, Loud, Lazy and Stupid sold well. However, he was criticized for his take on autism in the book. He continued his standup comedy routine with Rescue Me Comedy

In 2012, Denis Leary played the role of George Stacey, father of Gwen Stacey in the Spiderman flick The Amazing Spiderman. In 2015, he launched his TV show titled Sex&Drugs&Rock&Roll. The show was canceled after its second season.

Leary’s professional career has been full of controversies, and several allegations of stealing others’ material have been filed on him. The most known of these is his No Cure for Cancer gig, which he allegedly stole from fellow comedian Bill Hicks.Leary also came under fire after making fun of autism in his book. He later apologized for his words.

Denis Leary has earned several awards and nominations for his comedy performances. He won the Recommendation award at the BBC festival in 1992.

In the same year, he won the Critics’ Award at the Edinburgh International Arts Festival. In 1996, he won the Best Directing: Comedy award, and in 2000, he won the award for Best Supporting Actor at the Blockbuster Entertainment Awards.

In the later years, Leary has received several nominations including Golden Globe and Emmy awards.

Denis Leary married his former student from Emerson College, Ann Lembeck in 1989. They have a son named John, and a daughter named Devin.

Ann is an author. Denis Leary loves watching ice hockey and is a Catholic but believes that children should be taught religious values without the fear of God.