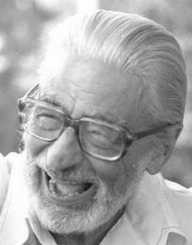 Theodor Seuss Geisel was born on March 2nd, 1904. His place of birth was in Springfield, Massachusetts in the United States. He was famous for his cartoonist profession and that he was also a writer and a publisher. He rose to fame for the creative tales that he wrote in several renowned children’s books during the 19th century. He mainly used the pen name “Dr. Seuss” in these works that transformed his career. The first book that went public was the And to Think That I Saw It on Mulberry Street-1937. With time, several others that were regarded as best sellers followed including Green Eggs and Ham and The Cat in the Hat. Dr. Seuss left a legacy behind as his books were the main source of entertainment for generations to come. He passed away in 1991 at the age of 87.

Dr. Seuss was born on March 2nd, in 1904. His father, Theodor Robert Geisel took charge of their family brewery business. He was also appointed by the mayor to oversee the Springfield's public park system. Dr. Seuss’s mother was called Henrietta.

Dr. Seuss interest in writing was evident right from the time he entered college at the age of 18. He schooled at Dartmouth College. Here, he was the editor of the school’s humor magazine called Jack-O-Lantern. At one time in the institution, Seuss and his classmates were caught drinking alcohol. This led to his dismissal from the magazine. However, his skills were required by the magazine, and as a result, he had to use a nickname “Seuss” so that he could continue with his contributions.

Seuss’s dream was to one day become a professor. Later on, after completing his college education at Dartmouth, he went to Oxford University. It is while studying at this university that he met his future soul mate named Helen Palmer. The pair tied the knot in 1927. After his marriage, he did not manage to complete his education as he moved back with his wife to the United States.

His return to the U.S. demonstrated another changed individual with a determination to make a living out of his cartoonist talent. Seuss made up his mind to take this career path seriously, and from his efforts, his works began to be published in several papers such as Vanity Fair and LIFE. Soon, Seuss landed himself a job at one of the magazine companies in New York called Judge. This was a weekly magazine. After this, he also worked in the advertising department for Standard Oil. His creativity made the company’s product, Flit to be a household name. He worked with this company for over a decade.

Around this period, Seuss got an opportunity of expressing his writing and cartoonist talent in the Boners. This was a children’s book that was performing poorly regarding its sales at that time. Working on this book created a platform for Seuss to venture into children’s literature. His first book release was the And to Think That I Saw It on Mulberry Street. Before this book was published, it was rejected for almost 27 times. Luckily, it went on to be published in 1937.
After the World War II came to an end, Seuss continued with his writing. Some of the books that he wrote during this time were Horton Hears a Who! And If I Ran the Zoo.

His exceptional writing and cartoonist skills finally paid off in 1954. During this time, Seuss began working on The Cat in the Hat, a book that was later published in 1957. This book was a commercial success, and it demonstrated to his audience that he was indeed skilled in his field. The book earned him nationwide fame. After the release of the highly acclaimed book, other books that were considered as people’s favorites were published such as How the Grinch Stole Christmas and Green Eggs.

Dr. Seuss’s relationship with Helen Palmer never got them any children of their own. Palmer grew frustrated with life as she had Cancer. In addition to this, Dr. Seuss did not make things better as he was having an affair with Audrey Stone Diamond. She committed suicide in 1967. Months later after Palmer died; Dr. Seuss tied the knot with Diamond in June 1968. Just like his first relationship, Dr. Seuss fathered no children to Diamond. He passed away on September 24th, 1991.