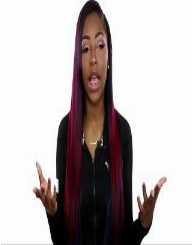 According to sources, “greatest” is regarded as a unique and extraordinary potential that polishes an individual’s thoughts. There is no any irregularity when it comes to Chy the Greatest. At sixteen years of age, she has proved to the world that nothing is impossible. She is currently known as an Instagram Star who is famously known for her vibrant and compelling vibes.

Known by her moniker Chy has over 900K followers on her Instagram account. Besides, she perfectly knew how to utilize her time with other apps including music.ly, Dubsmash, Snapchat, and Acapella. It was in 2015 that Chy started to post her dancing moves on her account. Little did she know that she would come to create her pathway to success. With over a thousand projects in her mind, Chy has garnered a nomination from Atlanta Radio. Let’s see what this meteoric has in store for us.

Chy the Greatest was born as Angel Willis in Atlanta, Georgia. When not in her daily routines, she loves to spend time with her three younger siblings. There is glean to know information about his childhood and education life. However what we know best is that there is no point that Chy came to think of herself as an Instagram star. She once opted to post her dance video that trended immensely. Her followers loved it to the core according to high-flow of responses. The young girl eventually turned into a social media star where her fans started to crave for her trending videos. What’s more interesting is that her moves are quite awkward, but that’s what people want at the end of the day. You know, having a don’t care attitude.


Is Chy the Next Boom! In Social Media World

Her attitude speaks tons about her than just a dancing girl. Aside from her careless moves, boldness follows her like a plague. Chy is just like any other teen, but fame knocked on her door without her consent. As a result, she perfectly knows how to entertain the outside world with more pros and fewer cons. She always appreciates the positive comments that she receives from her Instagram accounts. Lucky to say that she doesn't seem to be shaken by any negative remarks. Moving on is what she does best.

Though comedy and dance have brought her into the limelight, Chy loves to post her favorite pics. She likes to portray her true self whether other people like it or not. So, Chy is the next or she is currently the booming! The in-thing on Instagram. Her success has brought forth other projects including signing a long-term contract with Hi Roc Recorders. In fact, she is about to release his first single titled Intro.

Chy the Greatest seems to stay in the entertainment world for years to come. It goes without saying that you better learn to watch this space. She has more in store for the world out there. Did I also mention that she is about to release her new single? In general, Chy is considered as the next famous Empress not only in social media but also in her future career.