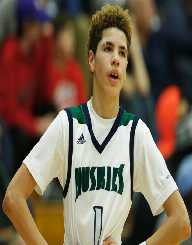 Social media star Chase Hudson was born on October 11, 2001. He is very close with both of his parents and often mentions them in his videos. In 2015, Hudson began dating his fellow YouTuber Mary Kate.

Chase Hudson began his social media career when he joined YouTube. He started his channel yaboii chase on YouNow and YouTube. Not long after, Hudson joined musical.ly. After posting several videos, he started to grow a major fan base. He also began collaborating with his girlfriend, Mary Kate (known by her nickname official MK) on many of his musical.ly videos.

Chase Hudson uses his powerful and charming expressions on his videos, which have probably made him so famous. He frequently interacts with his fans through his live broadcasts. In his free time, Hudson enjoys playing basketball, volleyball, and football. He is also a talented dancer and singer.