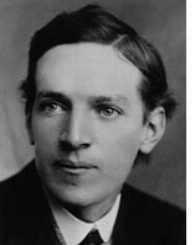 Upton Sinclair was a famous American writer born on September 20, 1978. He wrote many books but began to gain recognition with the novel, The Jungle in 1906. In the book, Upton Sinclair  revealed the unsanitary conditions at the Chicago meatpacking plant and the lives of poor immigrants. This revelation created public agitations and contributed to the passage of the Pure Food and Drugs Act and the Meat Inspection Act in 1906. His exposé continued with the release of The Brass Check in 1919, which brought to thelightissue of yellow journalism and the limitations press freedom in the United States. The book also led to the creation of the code of ethics for journalists in 1923.

Within the first half of the twentieth century, Upton Sinclair  became a popular figure for his works winning the Pulitzer Prize for Fiction in 1943. He was given the accolade "a man with every gift except humour and silence" by the Time magazine. Upton Sinclair  also got involved in politics by firstcontesting on the ticket of the Socialist Party for Congress but was unsuccessful. Helater contested in the 1934 elections for the Governor of California running of the ticket of the Democratic Party, which he also lost.

Upton Sinclair was born on September 20, 1978, in Baltimore, Maryland to Upton Beall Sinclair and Priscilla Harden. Upton Sinclair spent most of his childhood days with his mother because his father was and liquor salesman and fell into alcoholism. However, he did not like her mother’s strict rule and her refusal to gain him some form of independent while growing up. Their relationship deteriorated so much that from the age of 16, he would stay away from his mother for about 35 years because both will get into an argument if they met.

Upton Sinclair took an interest in reading at the young age of five and would mostly read book owned by his mother, which broadened his perspectives about the world. The family later moved to Queen where he started is education at age ten and entered the City College of New York on September 15, 1892, when he was almost 14 years. His interest in reading enhanced his writing so while in high school, he wrote magazine articles, jokes, and novels in boys’ weekly and pulp magazines to raise funds for his tuition.

He was able to raise enough money to move his parents into an apartment at age seventeen. After his graduation in June 1897 and enrolled at the Columbia University where was to major in law but he just could not drop his interest in writing. While there,he studied French, German and Spanish and signed up for lots of classes, which he usually drops. He was still at this time supporting himself by wringing boys’ adventure stories, jokes and selling ideas to cartoonists for a fee.

Upton Sinclair dropped out of school to focus on writing in 1901. It was during this time that he wrote the books King Midas, 1901, Prince Hagen, 1902, The Journal of Arthur Stirling, 1903, and the Civil War novelManassas in 1904. The books were not commercially successful but were received well. His closeness to Reverend William Wilmerding Moir at the time would help him to developed sexual abstinence and be taught to avoid sex subject. Reverend Moir was a specialist in sexual abstinence.

Upton Sinclair started a career in writing since high school but gained the necessary recognition with his novel The Jungle in 1906. Before writing the novel, he spent about seven weeks working undercover in Chicago’s meatpacking plant to have in-depth knowledge on what happens there.  The book exposed the unsanitaryconditions at the plant and lives of poor immigrants, which gained the attention of the US citizens and creating an uproar, hence the enactment of laws to address the situation. The book became a best seller.

Upton Sinclair established Helicon Home Colony in Eaglewood, New Jersey with income generated from The Jungle. The colony, which became a strictly white-only space banning blacks and Jews, burned down under bizarre circumstances a year. He later formed the group, Intercollegiate Socialist Society in 1905. Sinclair wrote the book, King Coal after his visits to the coalfield in Colorado from 1913 to 1914. This led to his historical work on The Coal War.

Upton Sinclair growing popularity took him into politic by joining the Socialist Party. Even though he left the party in 1917 to support the war effort, he rejoined in 1920. That year, he left for Monrovia, California to form the state’s chapter of the American Civil Liberties Union. While there, he contested on the ticket of the Socialist Party for the House of Representatives in 1920 but was unsuccessful. Later in 1922, he contested for Senate but also lost. Sinclair never gave up on his political ambition and contested for the governor of California in 1930 but lost once again. He was involved in several political demonstrations during his political career and supported the challenged free speech right of the Industrial Workers of the World.

Upton Sinclair ran again for the governor of California in 1934 but this time around on the ticket of the Democrat Party. He used a strategy known as End Poverty in California movement to gain support, but his political opponents who called him a communist countered the strategy. Hollywood studio owners also made propaganda films to oppose Sinclair and urged their employees to rather vote for the incumbent governor Frank F. Merriam. Upton Sinclair eventually lost the election to the Frank. He abandoned his political ambition after the lost and returned to writing.

Upton Sinclair writing works were mostly base on therevealingrot in the society and served as a critic to the social and economic conditions at the time. His books highlighted the effects of poverty on the working class and the injustices of capitalism. In the book, The Jungle, 1906, Upton Sinclair revealed the poor conditions in the meatpacking industry in Chicago after working as an undercover there. He also revealed the limitations of press freedom in the novel The Brass Check-in 1919. His other works include the Sylvia novels series from 1913, based on a Southern girl. Prior to his running for office, he wrote the novel I, Governor of California, and How I Ended Poverty in 1934.

After he lost, he also published, Candidate for Governor: And How I Got Licked which describes how his opponent Merriam and his supporter countered his campaign. Upton Sinclair later came out with the Lanny Budd series from 1940 to 1953 writing 11 series of the novel based on a fictional character, Lanny Budd. He wrote about 100 books during his career.

Upton Sinclair was married to Meta Fuller on December 1, 1900. The couple was blessed with a son David in 1901. The couple had previously tried on several occasions to abort him but didn’t work. Meta in 1911 left Upton Sinclair because he refused to give up writing and seek for another job. Two years later, he married Mary Craig Kimbrough who he met during his lecture on The Jungle. The two married until Mary died in 1961. He then married Mary Elizabeth Willis. Upton Sinclair died on November 25, 1968.