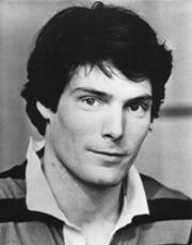 American actor Christopher Reeve was born on the 25 September 1952. He was born into an intellectual family, and his parents were Barbara Pitney and Franklin D’Olier Reeve. He was one of two boys born to the couple, having had a younger brother Benjamin. His parents divorced when he was three years old, and her mother relocated to Princeton, New Jersey with her two sons.

Christopher Reeve was a pupil at Nassau Street School and later at Princeton Day School where he was a good student who also did well in the sport. At Princeton Day School he became interested in acting. After high school graduation in 1970, Reeve proceeded to Cornell University in New York where Reeve did an arts degree majoring in English literature and the theory of music. For the final year of his degree, he transferred from Cornell to Julliard School of Performing Arts in New York. At Juilliard, he had the opportunity to study under John Houseman, and Robin Williams was a fellow student who became a lifelong friend.

As a classically trained actor, Christopher Reeve spent some time working at the Old Vic as an assistant and also spent time with the Comedie Francaise in Paris. Returning to the United States, he played Katharine Hepburn’s grandson on Broadway in A Matter of Gravity (1976). His next appearance was a small role in Gray Lady Down (1976). Reeve was performing off-Broadway when he successfully auditioned for Superman in an upcoming film.

The success of Superman (1978) made Christopher Reeve his name internationally as a film star. There were three sequels, the final being Superman IV: Quest For Peace (1987). Apart from his role in the four Superman films, Reeve appeared in other parts including Somewhere In Time (1980), Death Trap (1982), Monsignor (1982), The Bostonians (1984). His other appearances were in Switching Channels (1988), Noises Off (1992) and The Remains of the Day (1993).

After a break from acting, he accepted the role in the television

As a stage actor, Reeve also appeared in The Aspern Papers with Vanessa Redgrave and Wendy Hiller, The Marriage of Figaro, Summer and Smoke and Love Letters.

Christopher Reeve was involved in a severe horse-riding accident in 1995 which left him paralyzed from the neck down. After intensive rehabilitation, he returned to acting in 1998 in the Hitchcock film Rear Window. However, Reeve remained in a wheelchair and on a ventilator for the rest of his life. As a campaigner, he was involved in stem cell research and worked on behalf of others with spinal cord injuries, setting up the Christopher Reeve Foundation.

Reeve also was involved in setting up the Reeve-Irvine Research Center. He spent nine years campaigning for further medical research into paralysis. In 1996 he made a surprise appearance at the Oscars to help raise funds for research. The Christopher Reeve Paralysis Foundation merged with the American Paralysis Association in 1999. The Christopher Reeve Paralysis Act was enacted to assist paralyzed Americans and fund research. When passing through the US Congress, the bill received bipartisan support.

Before his accident, Christopher Reeve had been a qualified pilot, pianist, sailor, scuba diver, skier and accomplished rider.

Gae Exton was Reeves's first wife. They married in 1978 and divorced in 1987. They had two children together, a son and a daughter. Reeve then married Dana Morosini in 1992, and they had a son together.

Christopher Reeve died of heart failure on the 10 October 2004.