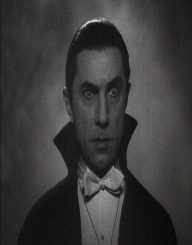 Béla Ferenc Dezs? Blaskó was a Hungarian-American actor. Born on October 20, 1882, he is best known for his role as Count Dracula in the film Dracula and other horror films. Bela Lugosi started his acting career playing minor roles on stage in his home country, Hungary.

In 1917, Bela Lugosi made a film debut in Azezredes (The Colonel). After the failed Hungarian Communist Revolution in 1919, he left the country to Weimar Germany and later settled in the United States of America. While in Germany, Bela Lugosi played several film roles before leaving the country.

Bela Lugosi playedCount Dracula in Dracula a Broadway adaption of Bram Stoker’s novel as in 1927. However, he came to limelight with the film version of Dracula in 1931. He since appeared in several other horror films but mostly in minor roles due to heavy Hungarian accent. His works include The Black Cat, 1934, The Raven, 1935 and Son of Frankenstein, 1939.

Bela Lugosi was born on October 20, 1882, in Lugos in the Austro-Hungarian Empire now Lugoj in Romania. He was born to IstvánBlaskó, a banker, and Paula de Vojnich and was the youngest of four children. He grew up as a very temperamental and rebellious child who was brutal with fellow boys but very gentle with girls. He started his education at a local grammar school in Lugosi and continued at the Hungarian State Gymnasium. At the age of 12, Bela Lugosi dropped out of school and left home to be on his own. He worked odd jobs and earned a living at the mercy of strangers traveling on foot to settle at a small mining town called Resita, 300 miles away from Lugosi. While there, he worked in the mines and acted as an assistant mechanist.

Bela Lugosi gained interest in acting when touring theatrical troupes came through Resita. According to him, the troupes tried him on some little roles, but his educational level made thing difficult. “I was so uneducated, so stupid, people just laughed at me," "But I got the taste of the stage. I got, also, the rancid taste of humiliation," he recalled. He later left the town to join his mother and sister Vilma in Szabadka in 1897. A year later, he returned to school but dropped out again after four months to work as a railroad laborer.

With his immense interest in acting, Bela Lugosi joined a traveling theatre company with the help of his sister’s husband. Despite his lack of education, his talents and willpower made him graduate from a back chorus role to lead roles. In the 1990s, she specialised in Shakespearean acting at Hungary's Academy of Performing Arts. Starting a professional acting career, he adopted the name Lugosi, as an honor to his birthplace Lugos.

Bela Lugosi played several roles touring the Austro-Hungarian Empire with theatre troupes. He played several Shakespearean plays including Hamlet, The Taming of the Shrew, Romeo and Juliet andRichard III. In 1913, he joined the Hungarian National Theatre in Budapest playing several roles until 1919.

Actors where exempted from military services but Lugosi chose to serve in the Austro-Hungarian Army as an infantryman from 1914 to 1916 during World War I. Bela Lugosi later rose to the rank of captain in the ski patrol. Suffering wounds while serving on the Russian Front, he was honored with a Wound Medal.

In 1916, Bela Lugosi was discharged from his military duties due to health problems. He re-joined the National Theatre playing several roles. With time, he made it into the Hungary silent film industry. He also helped in the formation of the National Trade Union of Actors, which became the first actors union in the world. With his activism and being a pro to the 1919 Hungarian Revolution, Bela Lugosi had to run into exile after the revolution callused and a new government came into power.

He left Hungary to Vienna and later to Berlin. In Germany, he joined the film industry appearing in films like The Head of Janus. After a brief stay, he left for the United States arriving in New Orleans on December 4, 1929, and later moved to New York City.

Career In the United States

In the United States, Bela Lugosi was welcomed into the Hungarian immigrant cinema and with other actors formed a stock company. He acted in several Hungarian plays as the stock company played for immigrant audiences. In 1922, he played his debut English role in the Broadway play, The Red Poppy. Appearing in several other plays, Bela Lugosi played Arab Sheik in Arabesque in 1925. Lugosi’s debut American film role was in the melodrama, The Silent Command in 1923. This was followed by several other roles.

Bela Lugosi is best known for his role in Dracula. In 1927, he gained the role in the Broadway adaptation of Bram Stoker’s novel Dracula. Produced by The Horace Liveright, it became very successful running for 261 performances and toured the United States. His performance attracted the interest of Fox Studio offering him a role in the silent film The Veiled Woman in 1929 and other roles followed.

In 1930, Universal Pictures cast him for the film version of Dracula though he was not their first choice. Nonetheless, the film was a great success. Typecast as a horror villain due to his role in Dracula, Bela Lugosi featured in movies like Murders in the Rue Morgue, The Raven, Son of Frankenstein, and White Zombie. Others include The Black Cat, Black Friday, and The Invincible Ray. At a point, he had to appeal to casting directors to cast him in non-horror roles.

Bela Lugosi acting career declined due to several factors including the ban on horror films in Britain and casting director preferring his rival Karloff. He later revived his career in movies like The Gorilla, 1939, The Ghost of Frankenstein, 1942 Frankenstein Meets the Wolf Man, 1943 and Abbott and Costello Meet Frankenstein in 1948. He since appeared in low budget movies like Mother Riley Meets the Vampire and Bela Lugosi Meets Brooklyn Gorilla.

He later worked with ED Wood on several of his projects including Glen or Glenda and Bride of the Monster. His last film was The Black Sheep in 1955. Bela Lugosi was addicted to prescription drugs such as morphine and sought treatment for his addiction during his work with Ed Wood. He completed the treatment in 1955.

Bela Lugosi married five times first to Ilona Szmik in 1917 and divorced in 1920. He then married Ilona von Montagh in 1921 divorcing in 1924. His next marriage was to Beatrice Weeks, a widow of architect Charles Peter Weeks. However, the marriage ended in just four months after Weeks filled for divorce.

Bela Lugosi naturalized for the United States in 1931. His fourth marriage was to 19-year-old Lillian Arch in 1933. The couple had a child, Bela Lugosi in 1938. They divorced in 1953. Lugosi’s last marriage was to Hope Lininger in 1955 and remained together until his death. On August 16, 1956, he died of a heart attack while in bed in his Los Angeles home. Bela Lugosi was dressed in one of the Dracula" cape costumes as requested by his son and wife. He was interred at theHoly Cross Cemetery in Culver City, California.