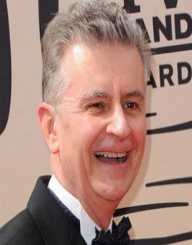 Fredrick Lawrence Grandy is an American actor, show host, and politician. Born on June 29, 1948, he is known for his role as Gopher on the television sitcom The Love Boat. A Republican politician, Grandy served as a member of the United States House Representative from Iowa’s Sixth District. He served from 1987 to 1993. Grandy was the host of morning drive talk show, The Grandy Group on 630 WMAL in Washington DC. He was also the CEO of Goodwill Industries.

Frederick Lawrence Grandy was born on June 29, 1948, in Sioux City, Iowa to Bonnie and William Grandy. He became an orphan at the age of 12 and was raised by his mother’s best friend, Margaret Avery who was a widow. Margaret later married Grandy’s father’s doctor. He received early education at public schools, until grade nine.

He continued his education as a boarder at the Phillips Exeter Academy in Exeter, Hampshire. It was there that he met David Eisenhower, the grandson of U. S. President Dwight D. Eisenhower. Their friendship grew to the extent that Grandy accepted to be Eisenhower’s best man on his wedding to Julie Nixon.

After graduating from Phillips Exeter Academy, Fred Grandy pursued his undergraduate degree in English Studies at Harvard University. After his first degree in 1970, he eventually decided to go into acting though he considered going to the law school initially. He holds a master of fine arts (MFA) degree from the Washington Shakespeare Theatre and George Washington University.

In 1970, Fred Grandy was a periodic character in the popular television sitcom Maude, starring Bea Arthur. Seven years later, he took a significant role in the television series, “The Love Boat” where he played Gopher Smith. The series aired from 1977 to 1986. Even though he loved to act and was successful in his acting career, he left “The Love Boat” (1985) and Hollywood entirely to pursue politics.

Before gaining fame for his role on Love Boat, Grandy had played several guest roles in shows like Love American Style, 1969, Maude, 1973, and Welcome Back, Kotter, 1975. He played Ted Gates in the made-for-tv movie The Girl Most Likely to… in 1973 and as Walt in the 1976 morning TV series Monster Squad. Grandy played a recurring role as Dr. William Ledreau on the Season 3 of The Mindy Project in 2014.

A year after Love Boat, Fred Grandy joined the Republican in Sioux City where he was born. He ran successfully for congressman for Iowa’s Sixth District. He defeated the main challenger Clayton Hodgson with 51.0% to 49.0% votes. He served from 1987 to 1994 after declining running for another term. He was unsuccessful in his bid to run for the governorship in 1992.

Fred Grandy took to political commentary in 2003 for WMAL Radio in Washington D.C. From 2003 to 2010, he co-hosted a Morning Show called “The Grandy & Andy” which later was named “The Grandy Group.”

Subsequently, from his political career, Fred Grandy joined Goodwill Industries; the most prominent charitable organization in the United States. He became the president and the CEO with a significant commitment to public service (1997). During his over five year’s tenure of office, he sought the well-being of people with financial constraints and disabilities by organizing job training for them. He also expanded the organization to occupy more of the socially disadvantaged.

In 1969, Fred Grandy married Jan Gough, but it ended divorce in 1982. They had two children; Marya and Charlie. He later married a divorcee Catherine Mann, reporter and novelist in 1987 at St. Thomas Episcopal Church in Sioux City, Iowa. They had a daughter (Monica) together in 1989.