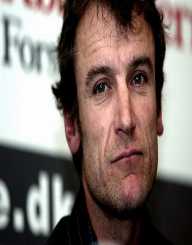 Mats Wilander is a former Sweden professional Tennis player born in 1964. He is remembered for taking the first place in Tennis worldwide. He held the position from 1982 until 1988. He also won in 7 singles Grand Slam. At the French Open and Australian Open he won 3 titles each and 1 in the US Open. He was the French Open winner in 1982.

At the age of 20, he made history when for the 4th time he won Grand Slam singles title. No man had ever achieved what he had achieved at such a young age. Through his career, he earned titles in 33 singles as well and 7 in doubles.  He brought great sensation to Tennis in the whole world during his career as a Tennis player.

Mats Wilander was born on August 22nd, 1964. He was born in Växjö, Sweden to Einar Wilander and Karin Wilander. As a kid, Wilander used to play ice hockey and soccer. His father later introduced him to Tennis. He even made him a tennis court. This marked the beginning of his interest in the sport.

He participated in junior tournaments. He won in the under 16 tournament of 1979 entitled Orange Bowl International Tennis Championships. He again became a junior champion of French Open singles title in 1981. His fame in tennis then began especially when he kept winning in many other junior tournaments.

Mats Wilander took part in the 1982 tournament of the French Open. He took the world by surprise with his amazing talent in Tennis. He even defeated experienced players like Ivan Lendl the second seed in round four. He later defeated the fifth seed Vitas Gerulaitis in the quarterfinals. He requested for a rematch towards the end of the game. He was suspicious of the referee’s actions and wanted to make sure he won fairly. Following this action, he was awarded the Pierre de Coubertin World Fair Play Trophy.

He won the tournament and became the new of French Open title in 1982. He was only seventeen then, hence became Grand Slam youngest champion in men singles champion. He held the record until Michael Chang, and Boris Becker took over.

He was presented with Svenska Dagbladet Gold Medal in 1982. He had won three tournaments. He was ranked position 7 when the year ended. He became the new champion of Australian Open in 1983. He defeated stars like Johan Kriek, McEnroe and Ivan Lendl during the tournament. This earned him his second singles title, Grand Slam.  He won 8 other champions and was ranked fourth by the end of that year.

The year 1988 marked the career turning point for Mats Wilander. He had been successful the previous years but this year was the most successful. He kicked off with earning his third  Australian Open singles and later his third French Open title in men’s singles.

Mats Wilander also championed US Open tournament defeating Ivan Lendl a champion who had held the position three times. This earned him 3 Grand slam titles which add up to seven titles in his career. By the end of the year, he had two Grand Prix Tennis Championship Series titles. He was ranked number one on September 12, 1988.

In 1995 Mats Wilander tested positive for cocaine. This was during French Open tournament. He was suspended for three months.

He works for L'Equipe Newspaper as a columnist. He also hosts the television series Eurosport and Game, Set and Mats.

Mats Wilander wedded Sonya Mulholland in 1987. Sonya is a model originally from South Africa. They are blessed with five children. Their son Erik is a victim of epidermolysis bullosa. This led to the couple contributing funds towards research of this disease.