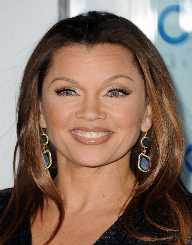 As a young girl, Williams studied classical and jazz dance, French horn, piano, and violin. She won the Presidential Scholarship for Drama and won a place in the Carnegie Mellon University theatre arts program but instead decided to study at Syracuse University.

As a nineteen-year-old, Vanessa Williams had a summer job with a local photographer, and around this time she sat for three photographic sessions. The third session was somewhat provocative, and she was not happy with the photographs and asked for them to be destroyed. After Williams was crowned Miss America in 1984, the pictures resurfaced, and she was forced to give up her crown.

Williams did not return to university. She attempted to sue Penthouse magazine for publishing the photographs but eventually abandoned it and decided to concentrate on a career in music. In 2015, when Williams was a celebrity judge at the Miss America pageant, the chairman of the Miss America organisation apologised to her for the 1984 debacle.

Williams appeared in an episode of The Love Boat in 1984. In 1987 she had a role in the film The Pick Up Artist. She has appeared in many television shows including Bye Bye Birdie, The Odyssey, The Courage to Love, The Librarians and Ugly Betty. She won an NAACP Image Award for Soul Food (1997) and My Brother.

Vanessa Williams' first album The Right Stuff was released in 1988, and it achieved gold status with three top ten singles. She won the Best New Female Artist Award from the National Association for the Advancement of Colored People and also received three Grammy Award nominations. Her follow-up album, The Comfort Zone sold well and went triple platinum. This second album also won Williams four Grammy nominations. William’s third album The Sweetest Days was released in 1994 and won two Grammy Awards nominations. She won another Grammy nomination for Colors of the Wind in 1995. The song was on the soundtrack of Pocahontas, a Disney animated film.

In 1984 Vanessa Williams became was the first African-American woman to win the Miss America contest.

Williams was brought up in the Roman Catholic faith.

After Williams won the Miss America contest in 1984, compromising photographs taken in her student years appeared in the media, and she was forced to resign her position.